[INVITE] Preview of Everything but the Brain

August 16, 2013
Sight Line Productions proudly presents the award-winning play, 'Everything but the Brain' is written by gifted playwright, Jean Tay. This classic play was first staged in 2005 and then again in 2007, and won two Straits Time Life! Theatre Awards in 2006 - BEST ORIGINAL SCRIPT and BEST ACTOR for Gerald Chew. 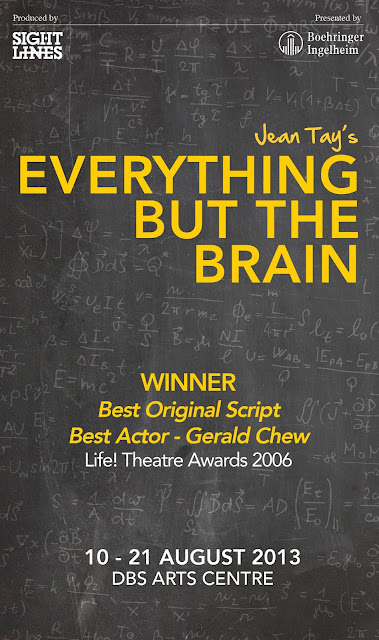 Everything but the Brain tells the story of a Physics teacher named Elaine who hatches a plan to turn back the time and save her stroke-afflicted father from further deterioration. Along the way, she is distracted by a dashing young surgeon and haunted by a particularly memorable train ride to Malacca... It also illustrates the timeless story of an aging father and the love of her daughter which remains universal and relatable. 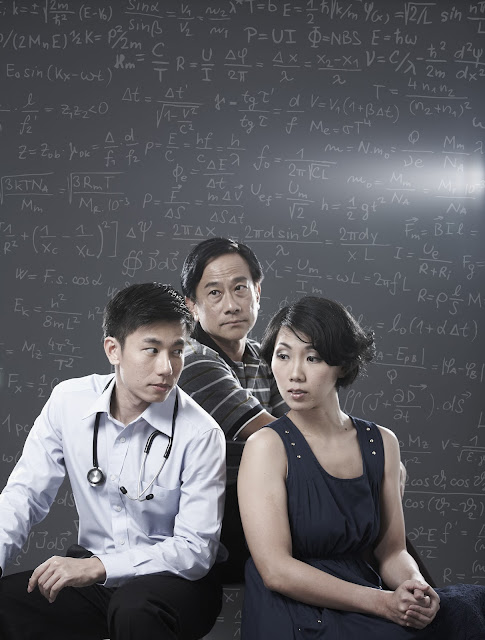 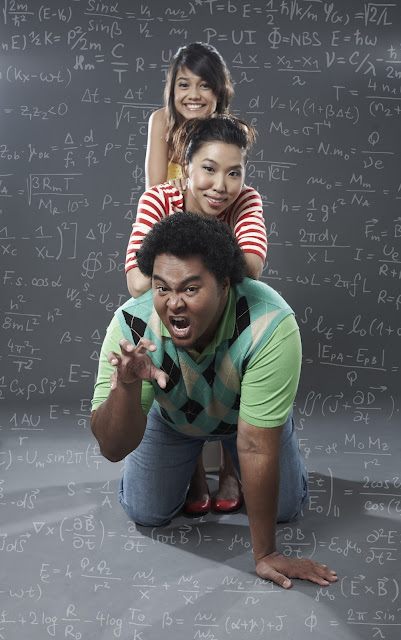 Thanks to the invite from Sight Lines Production, I was given a pair of tickets to watch the award–winning play, Everything but the Brain. I extended the invite to my lovely babe, Cindy to join me for this play. 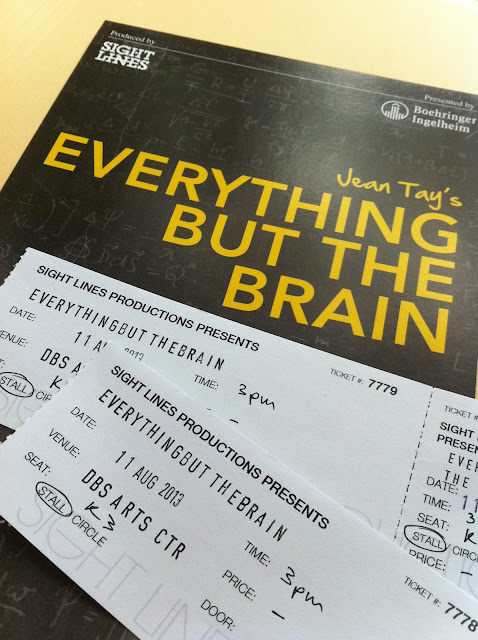 Heart-wrenching and hilariously moving, Everything but the Brain shows human nature and the strength of love in facing life’s unpredictable obstacles that touches every audiences’ heart. 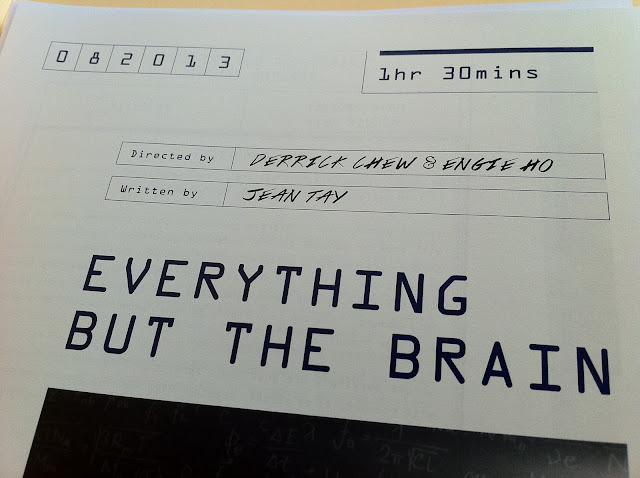 The play tells us that time passes us by so quickly without us realising it, and we cannot either buy or cheat to slow down time... In the play, I see the role change of Elaine and her father as a care-giver and care-receiver, and this remind us that our parents took care of us when we young and it falls to us to take care of them in their twilight years... 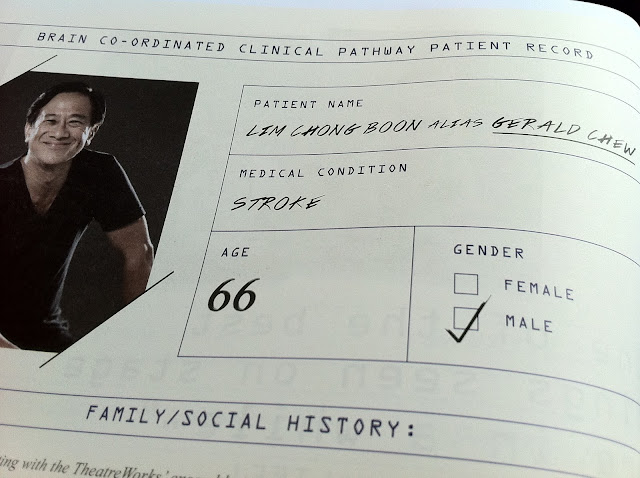 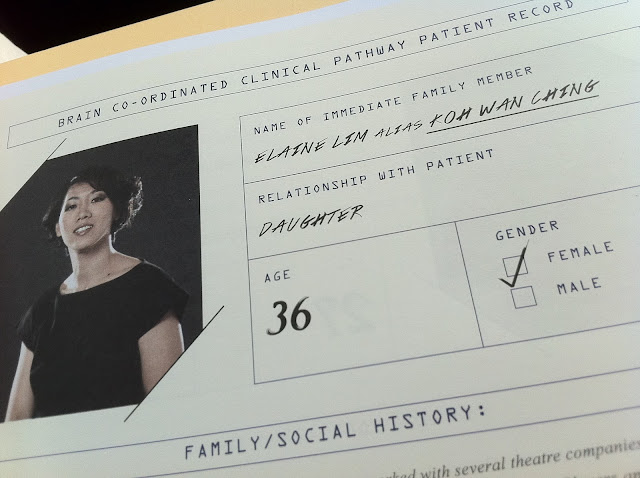 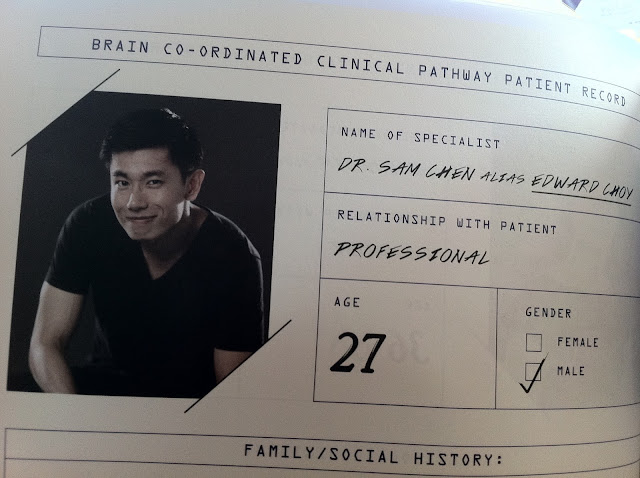 The play revolves around a sad component of the departure of our loved ones... The three bears injected some humor to the play, as this created a well-balanced of laughter and sad scenes. 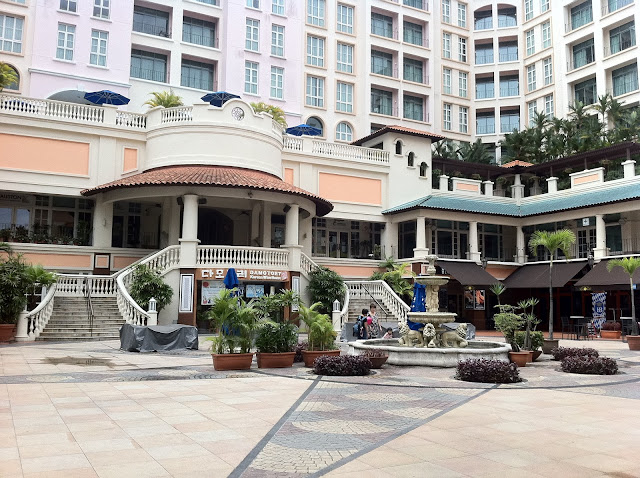 Everything but the Brain will be running from 10-21 August 2013 at DBS Arts Centre, Home of SRT. (Located at Robertson Quay)