Showing posts from May, 2018
Show all

Working in Singapore is pretty hectic, and I have been leading a rather busy lifestyle. I have to cope with a lot of things, such as workload, family, friends and my loved ones at the same time. This results in me having left to little to no personal time for myself! After attending the launch of KIM Bird’s Nest which was held at Spa Nes, I was offered a free 90 minute session of an Aromatic Body Massage, which also came with a 1hr Spa Pass for usage of the spa facilities. I accepted the offer without any hesitation, as I have longed to indulge myself for just such a treat, in order to relieve my work stress!

I met up with my dearie, Meryl at the spa, as we had booked the same slot for our body treatments. After checking in at the registration counter, we were each given a wrist-tag and were expected to wear it at all times. This tag allowed us access to lockers, so do note that if you do visit the spa, you must take absolute care of your tags! We kept our belongings in the lockers that…
Post a Comment
Read more

With effect from January 2018, RTL CBS ENTERTAINMENT has been renamed to BLUE ANT ENTERTAINMENT. This channel still continues to focus on entertainment and variety shows which are broadcast in HD, similar to what they have been doing since 2013.
I attended the exclusive preview screening of SIREN at The Screening Room before the premiere on Blue Ant Entertainment on Starhub Channel. Thanks for feeding us, while we watched the drama during the screening!

In Greek Mythology, 'Sirens' appear as mermaids or seafolk that prey on hapless seafarers by luring them to their doom with their hypnotic songs.

In this latest American fantasy/TV Drama series, 'SIREN', a small fishing town that has a history with mermaids, is thrown into chaos when a strange lady appears one day. In the coastal town of Bristol Cove, there is a legend that the area used to be the home to mermaids. One day, a mysterious girl who calls herself 'Ryn' (starring Eline Powell), appears and causes much c…
Post a Comment
Read more 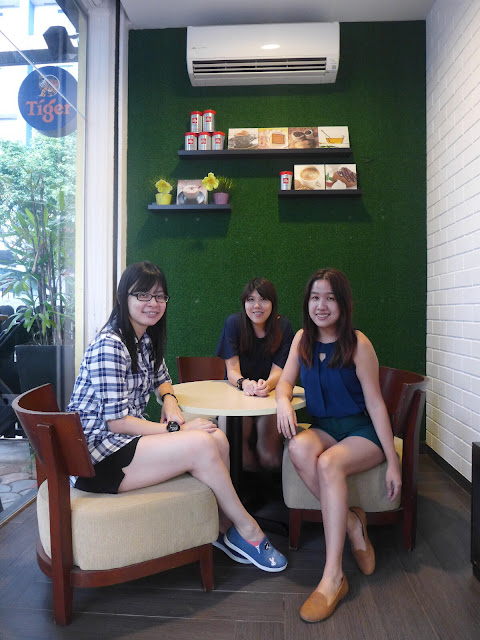 I've never been or heard about Tradehub21 until my recent tasting last week at Toby's The Dessert Asylum. I was there with my Baby, Tracy and Sweetie, as well as their respective partners.

Toby's The Dessert Asylum boasts an exciting line up of hearty restaurant favorites and beloved desserts made from original American recipes. The restaurant was founded back in 2009, and was previously located at Marine Parade. However, it has since moved to TradeHub21 along Boon Lay Way since 2015. This is definitely a piece of good news for all 'west-siders'. If the crowds at Jem or Westgate are way too much for you, then this restaurant might be a good option.
I love the alfresco area, as it has ample natural lighting. Check out the giant monkey dressed up in a corporate styled black/dark purple outfit near the entrance!

Don't be fooled by the restaurant name 'Dessert Asylum', as this eatery place serves more than desserts! It offers an extensive menu of affordable A…
Post a Comment
Read more
More posts