Showing posts from August, 2014
Show all

Preview screening of The Swimmers 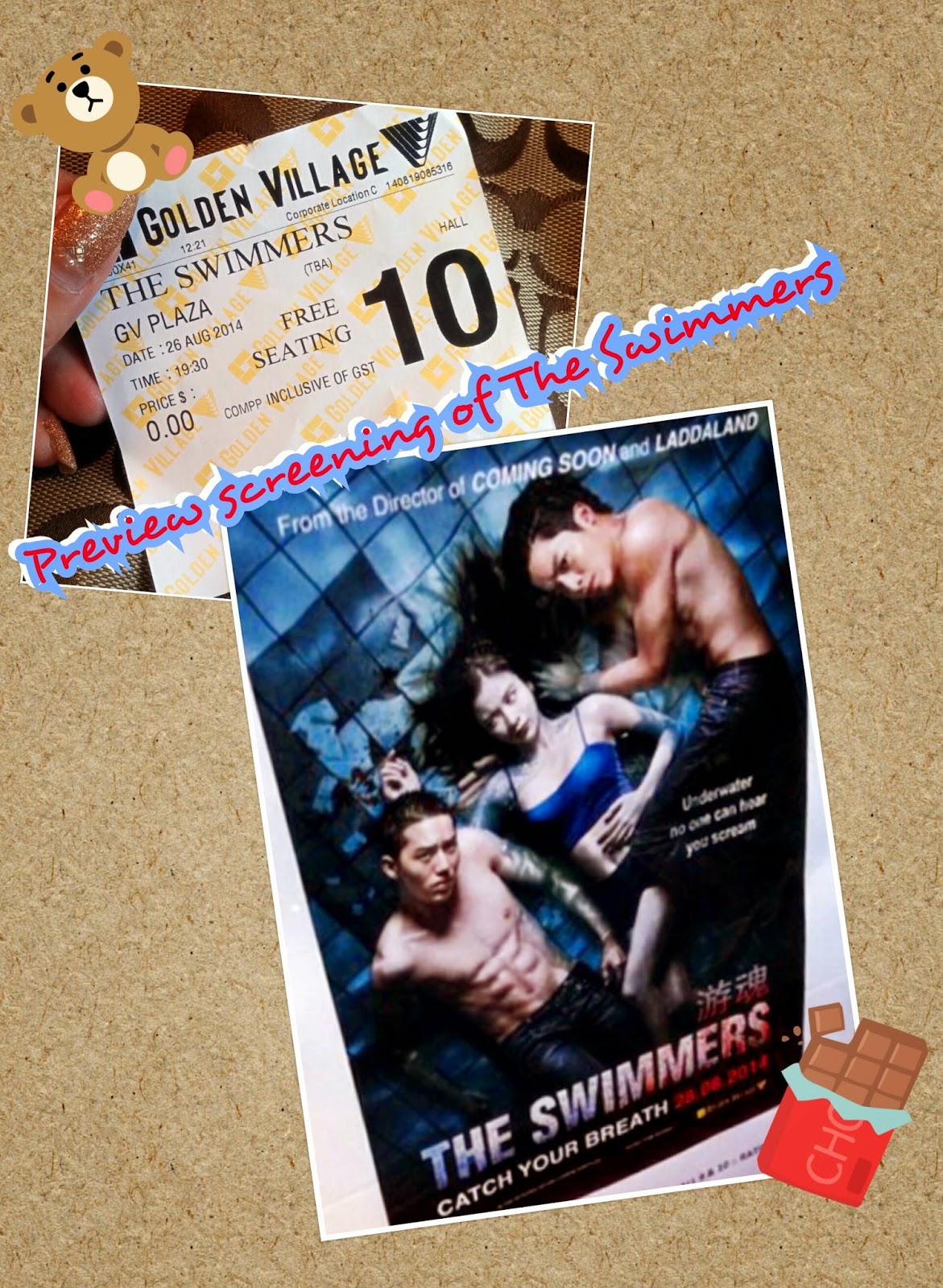 I am a big fan of horror movies especially those directed from Thailand, so when Jasmine extended her invite to me, I gladly accepted it. ‘The Swimmers’ is directed by my favorite Thai director, Sophon Sakdaphisit, and I love how the story unfolds as he always gives the audience a plot twist at the end of the movie.

Don't get the genre wrong, although it is categorized as horror, but it is not your typical ghost movie. In fact, this movie, 'The Swimmers' is a psychological movie with added horror content to it and it brings out a message about teen sex.

*Major Spoiler Ahead!!*
******
The movie centers around a love triangle of a teenager named, Perth (starring Chutavuth Pattarakampol) who is one of the top-ranked swimmers in his school's swimming team. He is fond of Ice (played by Supassara Thanachat), the pretty girlfriend of Tan (starring Thanapob Leeratanakajorn) who is the rival of Perth in the swimming team and also Perth's closest buddy. 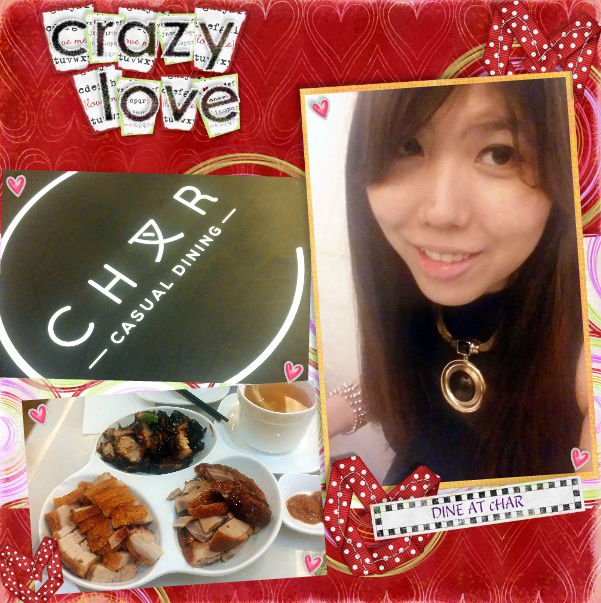 Looking for nice food is what both Baby and I have always been doing, and this time round, Baby brought me to a new food haunt, Char Restaurant which is located at Guillemard Road. It offers cze char styles dishes with its 3 signature dishes being Roast Meats!

We ordered the Triple Roasted Platter - BBQ Pork (Char Siew), Roast Pork Belly (Sio Bak) and Roasted Duck at a standard price of SGD20.50.
We ordered the Soup of the Day to start off our late Friday dinner.

The roasted Char Siew is heavily coated with caramelized coating which makes the meat texture softer and easily melts in the mouth. The Char Siew tasted more like Kong Ba as it tasted sweeter and smoother.I STILL prefer the Char Siew served at Kay Lee Roast Joint which is located at Tai Sing.
I love the Roast Pork Belly (Sio Bak) the best, as Char Restaurant serves the most delicious version. I enjoyed eating the crusty crackling skin although it was sinful. On well, who the heck cares when it comes to good food! The bottom par…
Post a Comment
Read more 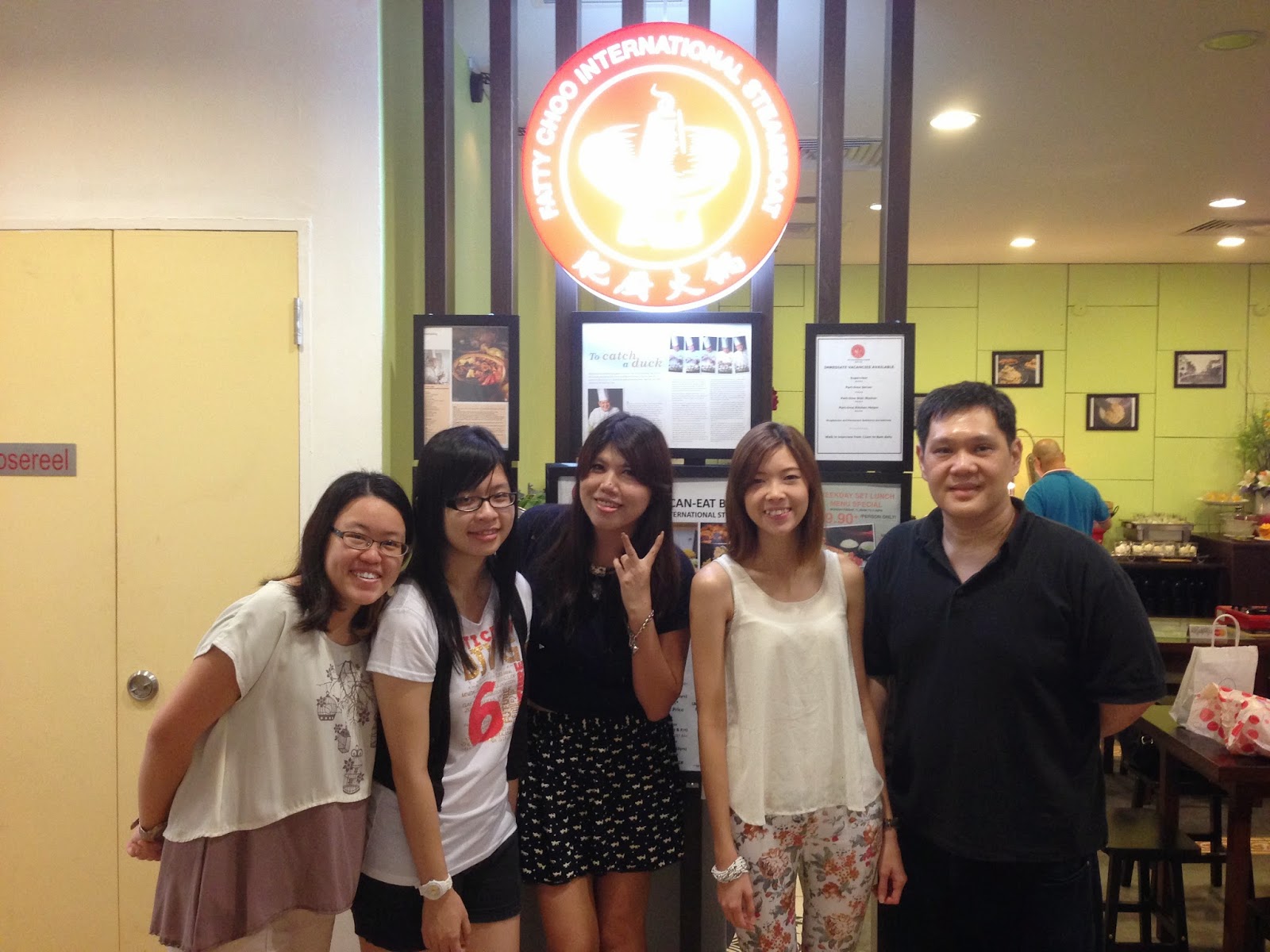 Thanks for inviting me for food tasting at the newly opened restaurant, Fatty Choo International Steamboat which is located at West Coast Plaza. Weekend Steamboat Lunch Buffet started from 11.30am -3pm, and we made our way there for a mini bloggers' gathering lunch.
We were happy to get a chance to have a photo with Chef Choo, and he is very friendly and humble in person.

Fatty Choo International Steamboat opened his business in June this year by Chef Choo, Singapore's very owned Celebrity Chef. He was formerly the Executive Chef of Rendezvous Hotel Singapore, and he was known for his fruitful experience and unique cooking skills.

In the culinary industry, Chef Choo has appeared in newspapers and magazine articles.


There are 4 different types of soup base for the steamboat, and they are Chicken Soup (the safest option), Bak Kut Teh (unusual), Japanese Bonito (unique) and Tom Yum (everyone's favorite).I personally prefer Tom Yum and Japanese Bonito as my selection for the…
Post a Comment
Read more 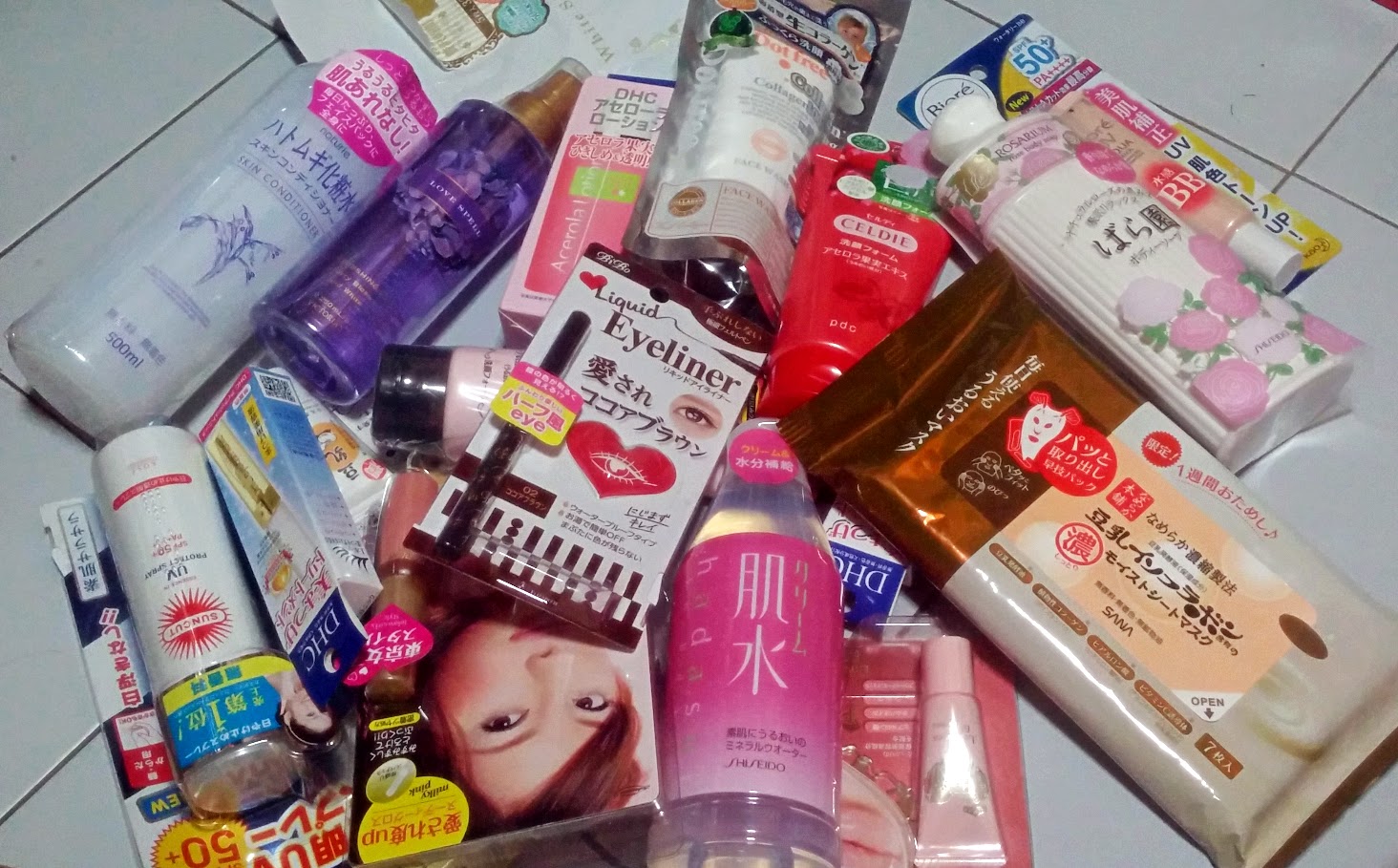 I continue on this post to share my thoughts and experience using the beauty products which I picked up from my last trip to Japan.

PDC Celdie Beautiful Skin Face Wash - Acerola comes in a berry red squeeze tube, and all the description on the back of the tube are all written in Japanese. I got the 120g tube at a steal price of 300 yen at Matsumoto Kiyoshi during my trip to Tokyo.

Acerola is a fruit that is rich in Vitamin C and contains Vitamin A too, and it is an ideal ingredient in skincare products to fight cellular aging.

This face wash contains Acerola berry extracts which bears a sweet scent, and I love the smell very much.


It is like a normal foamy face cleanser which lathers up well and cleans the skin thoroughly. If you are searching for an inexpensive foaming face cleanser, then this would be a good pick!

Shiseido Medicated Baby Powder (pressed) is gentle to the skin which is suitable for sensitive skin and even meant for babies' usage too.