January 25, 2017
I attended the Thai Horror Preview Screening of 'School Tales' which premiered on the 12th of January 2017. 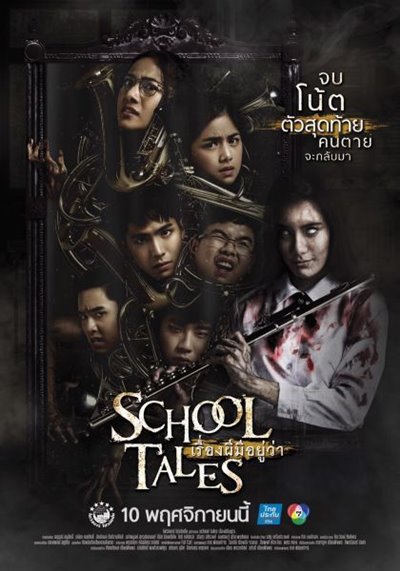 The horrifying tales are spilt into 3 different stories, and the first story is 'The Giant' - about a disabled student who is fat and has been bullied by his classmates. He has been given a nickname, the 'Giant' due to his large size.
One day, his friends make play a prank on him by inviting him to go to an old and abandoned building in the school ground. The Giant is panicked as he was alone, and unfortunately he fell to his death from a staircase due to an accident. Since then, no student has dared to go near to the building as they will hear a voice asking 'Where are you?', and if no one answers, the Giant will appear... 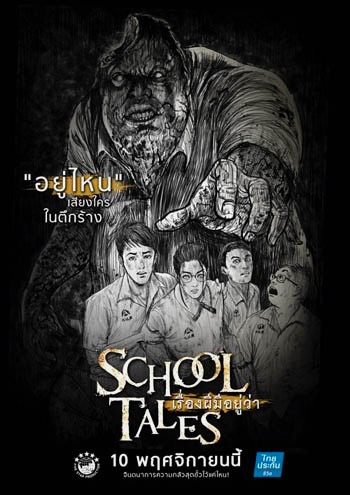 The second story is 'The Library Spirit' - a ghost that will appear in the library when a student makes a noise. 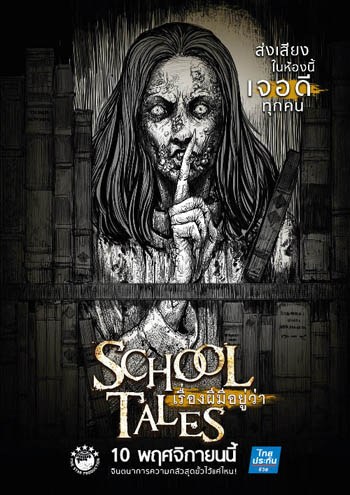 The third story is 'Pawadee' - a student was killed in the music room, and if someone plays a series of notes on the flute in front of the mirror in that room, Pawadee will return. 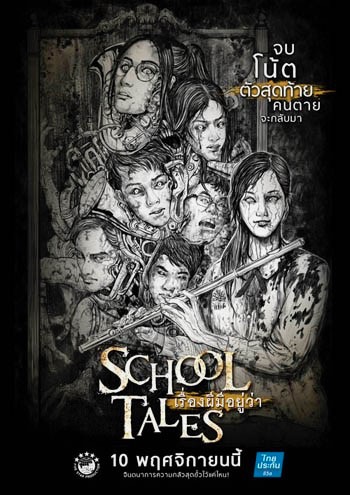 The story's setting has members of the school marching club band having their final rehearsal on the school ground, and due to the long practice ending late, they decided to stay overnight. A handful of mischievous students gather together for a ghost story session, and share real spooky tales that have happened at their school, which have been passed down through generations. After the story-telling session, six students decided to find out the truth of the stories, but only 3 of them return. 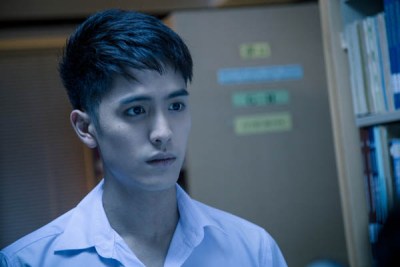 Ohm, a Grade-12 student is also the leader of the band goes out to search for the missing 3 with the aid of the mysterious student, Pun, who often hangs out in the science room. 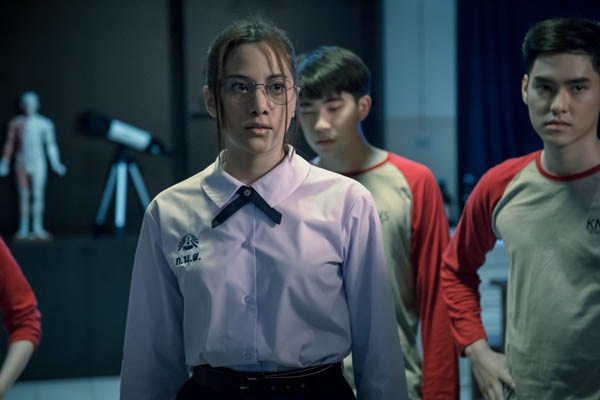 Be prepared to find out the horror of the haunted school, whereby something terrifying awaits for you! 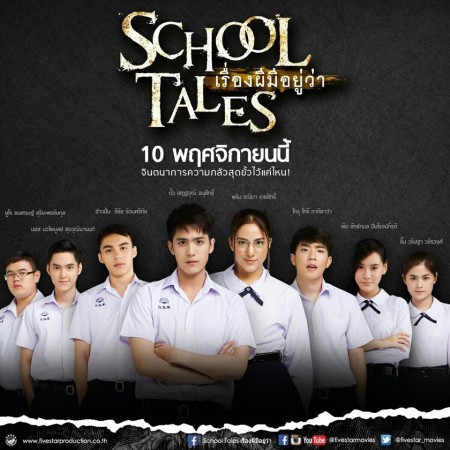