October 31, 2013
Mandopop singer, Chriz Tong had her wonderful musical journey at the Esplanade Recital Studio and I was so glad to be part of the Chriz Tong's Unfinished concert as it is a pleasure listening to her beautiful voice. Her performance was good even though this was her debut concert...
From the concert name, it tells that Chriz has constant dedication and passion in her singing career to sing more songs for her loyal fans and audiences. 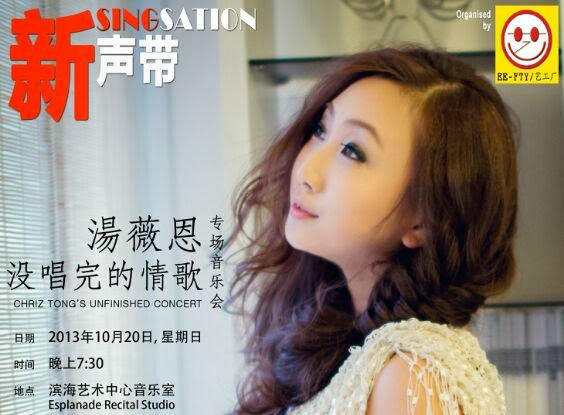 Chriz Tong’s Unfinished Concert was Chriz’s first concert and she serenaded her audiences with the rendition of her popular TV drama series theme songs which are sure to bring back memories that many of her audiences may share. The ‘Unfinished Concert’ theme was inspired by her latest TV drama series, Love at Risk’s sub theme song titled ‘An unfinished love song’, and it brought back many fond memories especially when we heard the song being played. Many drama scenes of Tay Ping Hui and Joanne Peh kept flashing in my mind.
The venue was perfectly chosen for her concert as it is cozy and the distance from the audience and stage wasn't too far and this brought a closer bond between the audience and her. Her voice was floating around every corner of the theatre studio, and I felt the warmth in her singing... 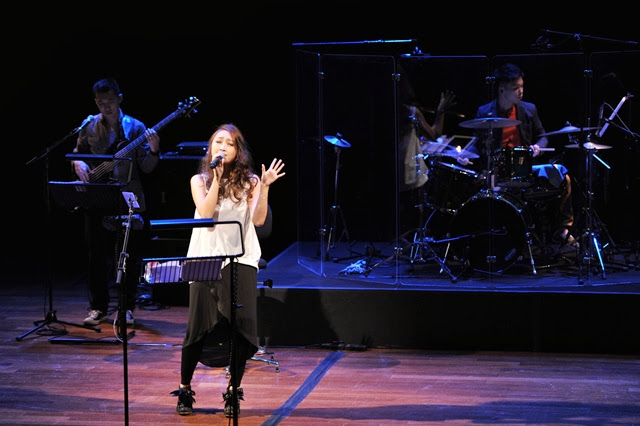 Chriz Tong kicks off her concert with her opening song, 橄榄树, and she covered it pretty well and this song was recorded in her latest album... Chriz Tong has a talent to sing unplugged as her voice is so amazing that she can hold the song well without any background music. Apart from 橄榄树, she also did a cover of 找自己 which was sung originally by David Tao and Girl on Fire by Alicia Keys.
There was a short interval during the concert as Chriz went to the backstage to change to a new outfit and while waiting for her to be back on stage. A short and heart-warming video was played as various celebrities appeared on the video to show their blessing for her and I was touched as she has many friends and loved ones around her to support her dreams in her singing career. 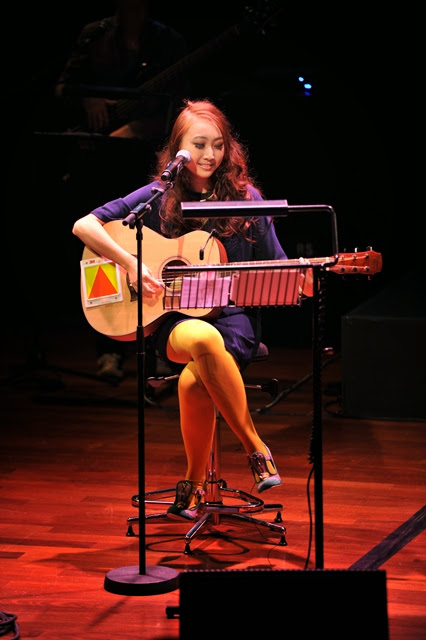 *Blooper Alert*
Did you guys notice the ‘P plate’ decal pasted on her guitar as she is telling us that she is a newbie, yes indeed, she only started to learn the instrument 3 weeks ago prior to her concert at the Esplanade Recital Studio.
She brought us some of her own composed songs which were written by her when she was a teenager. While she was singing, the screen on the stage displayed some of her during her youth days photos hanging around with her friends. This concert marks the start of her singing career journey. 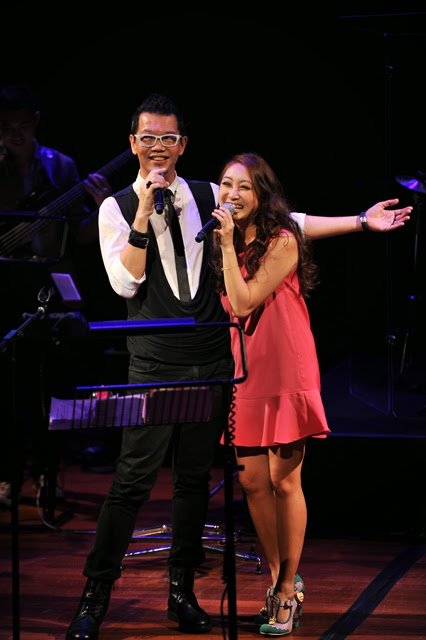 She invited her special guest whom has a great influence on her to join her on stage and he is none other than 陈彼得老师. They sang a duet song called 愛你 which is the sub theme for TV Drama, 砂锅肉骨茶. OMG!! I love this song so much... 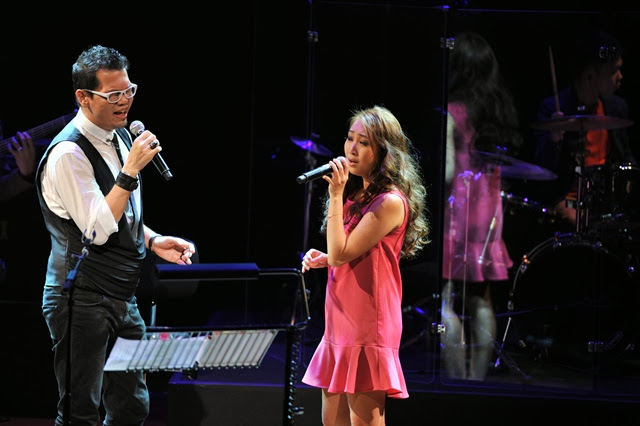 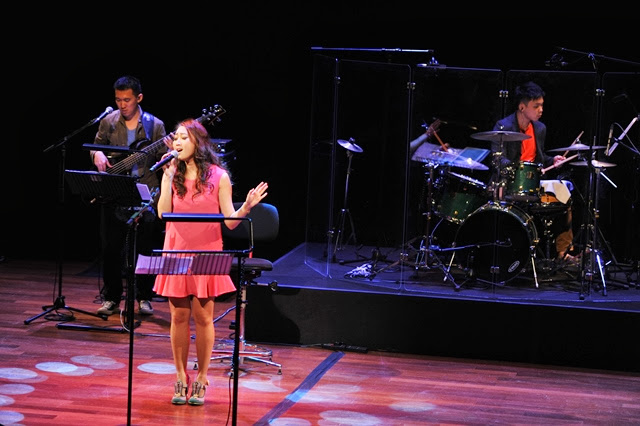 After the duet, Chriz closed her concert with the highly anticipated drama theme song, 一首没唱完的情歌. With much encore and cheering from the audience, Chriz was back on stage with a nice and touching Disney song piece, ‘Part of Your World’ from The Little Mermaid. She sang so well that it moved me with teary eyes... I was touched by her humble and nice vocals. 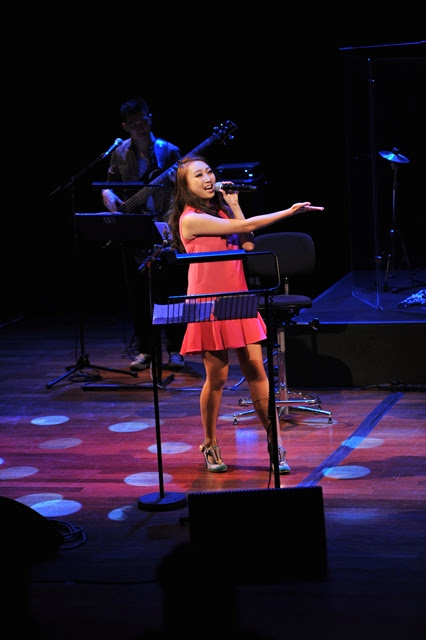 Thanks and congrats to Chriz Tong for putting up such an awesome performance for us, and I felt that I was walking her life journey with her. May all your wishes come true, and lastly thanks to The Red Planet Group for the invite!!
All Photos Credit : Photography by Steven Teo / J2meepok.com for The Red Planet Group
chriz Tong concert concert singapore esplanade invitation mando pop music music showcase red planet group wei en