November 20, 2013
I made my way to the MASTERCARD Theatres for the Gala Night of STARLIGHT EXPRESS. 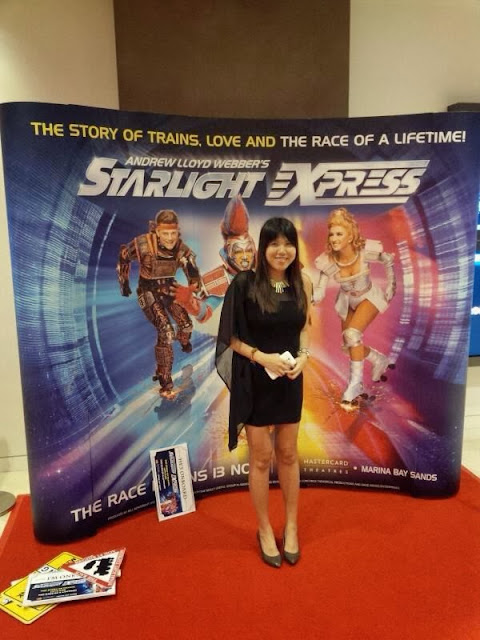 STARLIGHT EXPRESS is a futuristic tale about love and rivalry and it opens in Singapore for the first time, coming direct from a sell-out tour in the UK. 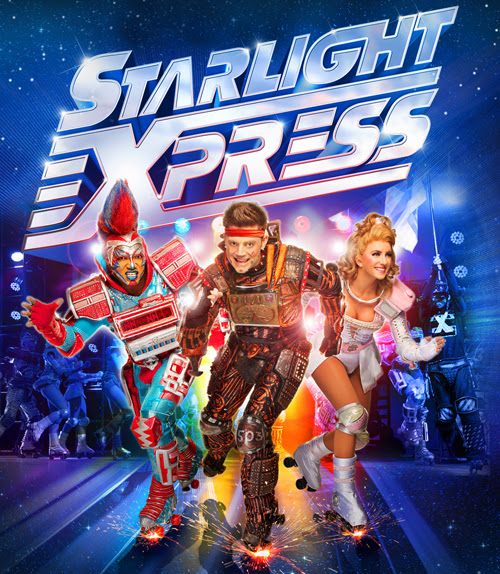 The original West End production of STARLIGHT EXPRESS electrified the theatre world in 1984, and more than 25 million people worldwide have enjoyed watching this thrilling ride aboard the STARLIGHT EXPRESS. 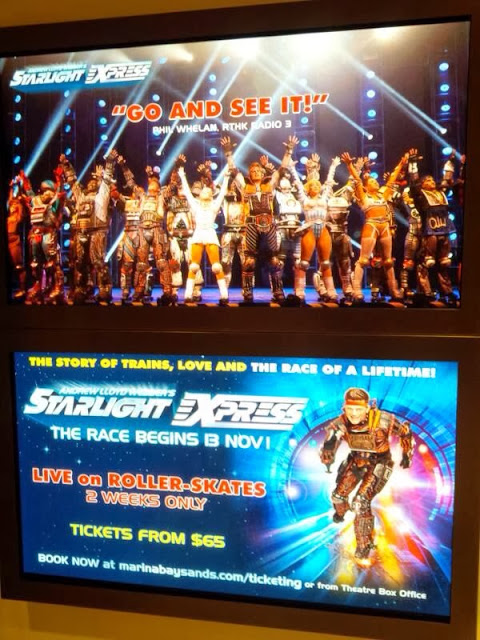 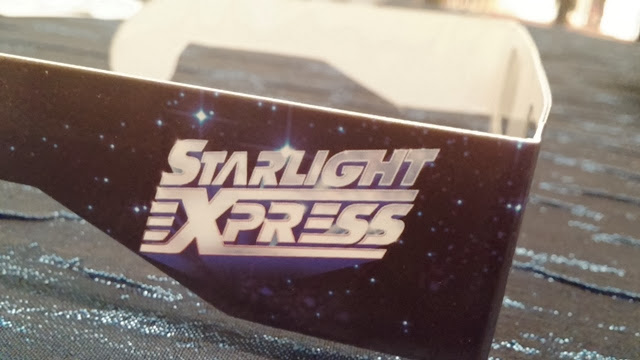 I was given a pair of STALL-SEAT tickets, and we were pretty much looking forward to watch this turbo charged and full of energy musical! We were also given the 3D paper glasses that can be kept as a keep-sake after the show. 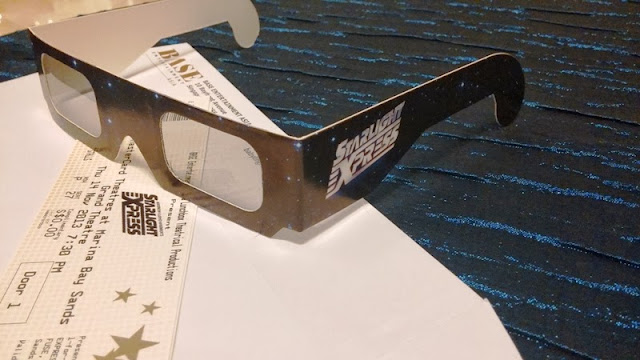 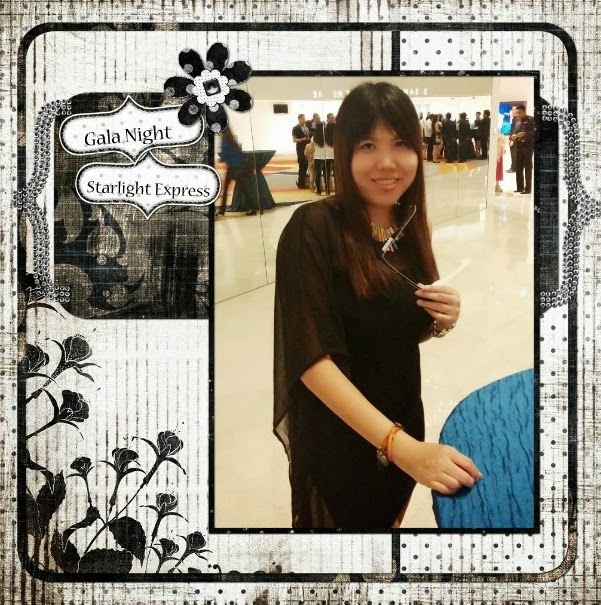 Upon entering the theatre, we were greeted by the backdrop of high-tech staging with a moving train... The plot of STARLIGHT EXPRESS is rather simple as it is about a racing competition between the trains - Steam Diesel and Electric. 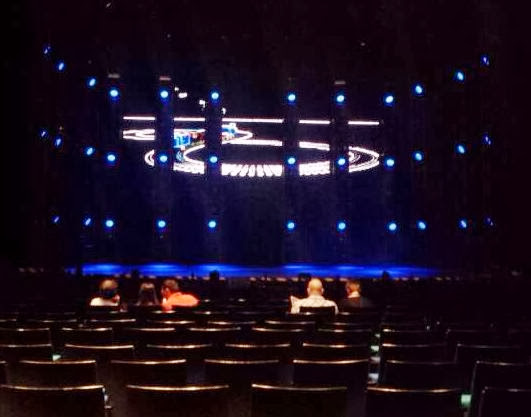 The cast of 28 performers did the entire show on roller-skates and they delivered a 2-hour show of high-speed, daredevil stunts, while also combining with 3-D virtual reality technology to create the race ambience gave the audience a big ‘WOW’ response. The costumes resemble different types of trains, and all the trains are played by guys while the carriages are performed by the girls. There were many breath-taking skating routines that were packed with energy and speed... 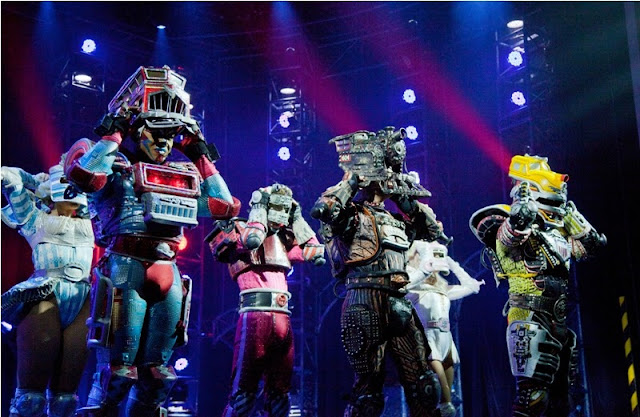 STARLIGHT EXPRESS is a hybrid trippy musical and this show is more an exercise in theatrical spectacle rather than content. The story about toy trains coming alive at night to race each other is slightly kiddy but the fantastic score, amazing choreography and spectacular staging more than compensate for the thin script. 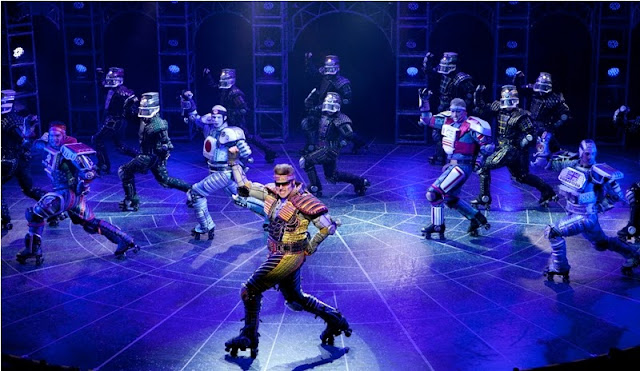 STARLIGHT EXPRESS is a different sort of show, there is something for all the family, it will be a train journey you will never forget. I was entertained by the musical scores in STARLIGHT EXPRESS, such as He’ll whistle at me, Only You, I do and Starlight Express. 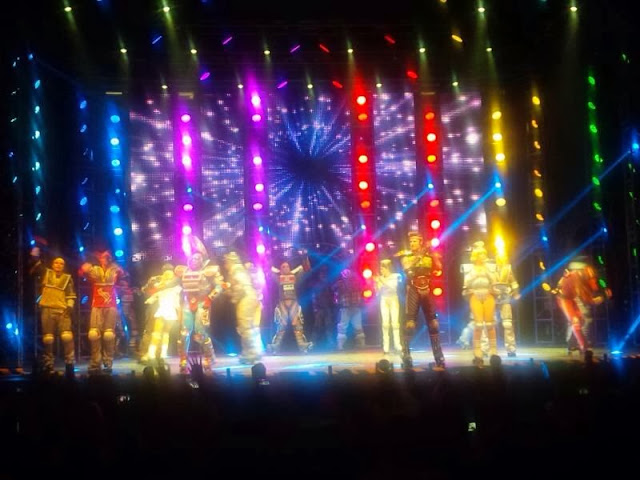 I had the pleasure to attend the Gala Night of STARLIGHT EXPRESS all thanks to BASE Entertainment Asia, and lastly don’t miss out on the Singapore debut of this Andrew Lloyd Webber musical. I truly enjoyed the fantastic scores and fully experienced the spectacular special 3D effects. 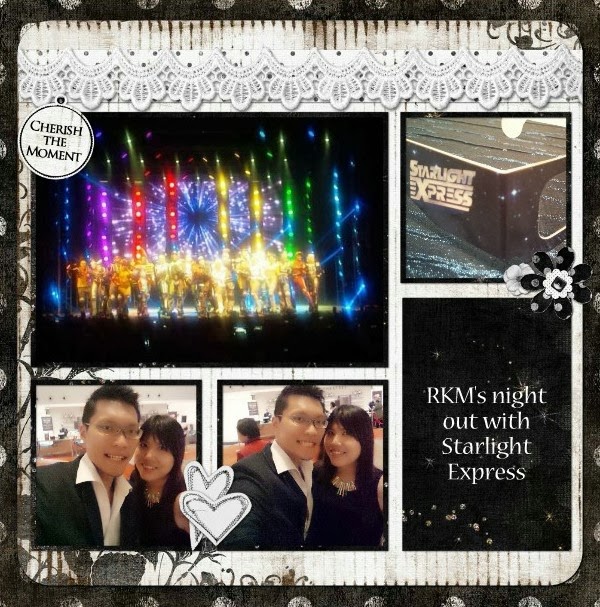