I unlocked an achievement!

November 22, 2013
I registered myself in the race for the Great Eastern Women's Run (GEWR), Asia's largest women-only run which took place on the 10 November 2013. 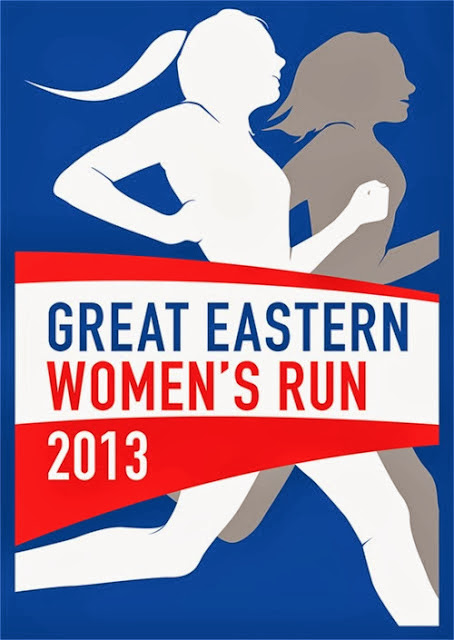 Upon receiving a SMS message from the organization to pick up the race pack at Suntec City Atrium., and since the collection point is just at my workplace, I decided to pick up my pack on the first day of the collection (30 October 2013, Friday). Guess what? OM!! The queue was horrendous and I had to burn my lunch, and I queued for almost 45mins just to claim my race pack. 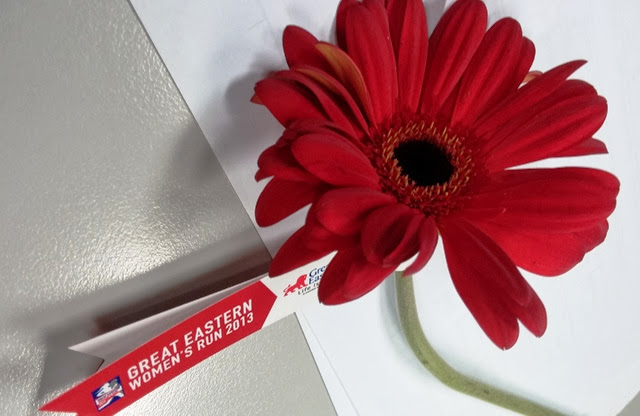 The race pack consisted of the ADIDAS race tee (M), a Tupperware Eco Cap-Flip Water Bottle, my race bib and of course some sample products and discount vouchers from the sponsors... 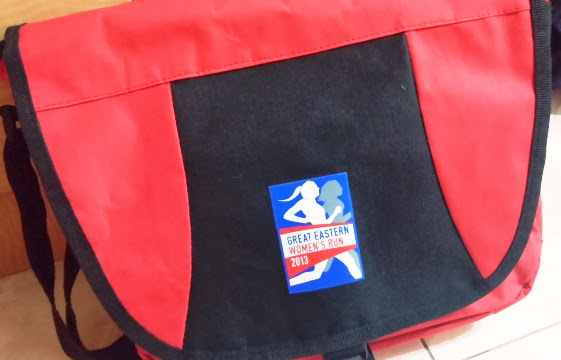 Exactly one week before my race, I went to Royal Sporting House Outlet which is located at Changi City Point to get my sports bra.
After all the price comparisons and material-testing, I decided on getting the Spandex Sport Bra from Reebok which only cost me SGD27-ish. My race partner said it was cheap for a sport bra with paddings, as she paid SGD50+ for her sports bra (perhaps other brands I suppose). 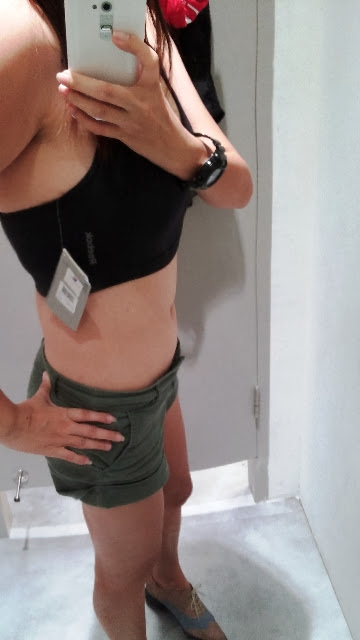 We were both excited to do our 5KM Fun Run as a first timer for such a race, as I do not want to push myself too hard as nothing comes before my well being.
Running Map: 5KM run route 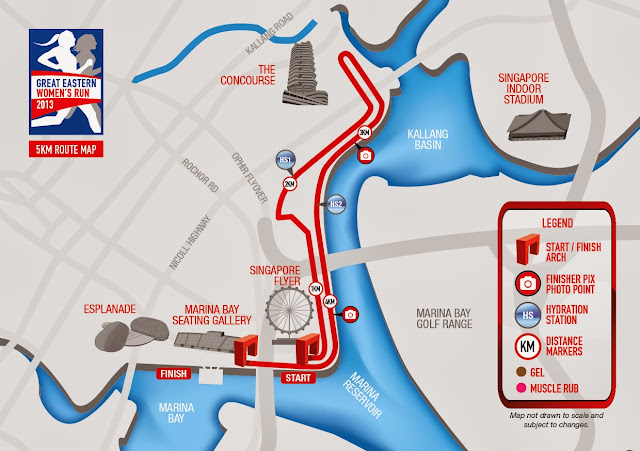 I met up my dearest Rosanne outside The Float@Marina Bay as we were one of the runners in The Great Eastern Women's Run (GEWR). All thanks to Baby, who woke up early for me to send me to the race venue and allowed us to put our belongings in the car while we headed off for our race without any worries, as the baggage location at the race village was way not secured to let anyone have peace of mind in leaving our stuffs there at all. 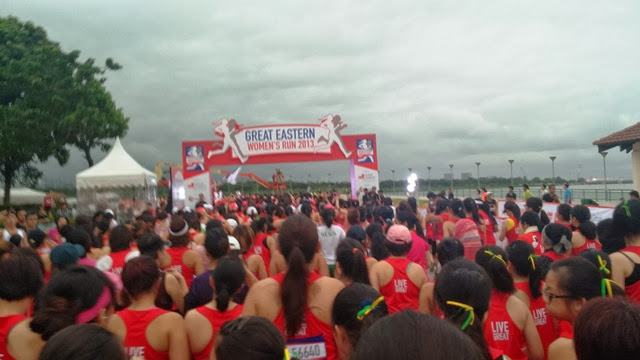 The sky was gloomy as we were preparing to flag off our race at the starting point. The crowd was over-whelming for my category, and the race flagged off at 7.50am with 10mins slight delay due to ensure the weather is safe for all participants. 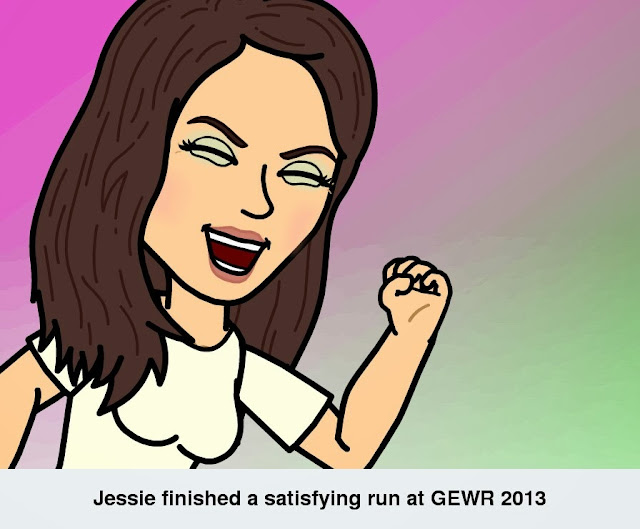 The run started at the Singapore Flyer and finished at The Float@Marina Bay, and the cut-off time is 1hr 20mins, which I felt was good enough to finish the 5KM even walking. I came back to the finishing point at 8.25am, and I took 25mins to finish my 5KM. 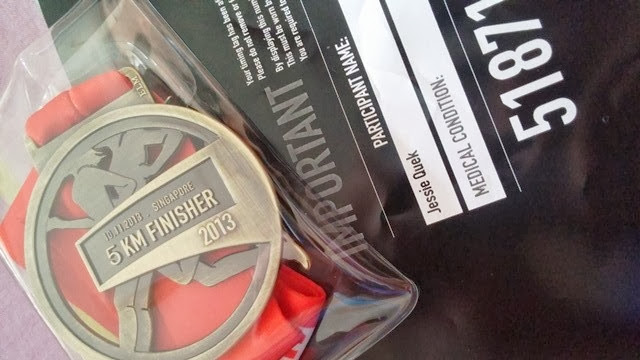 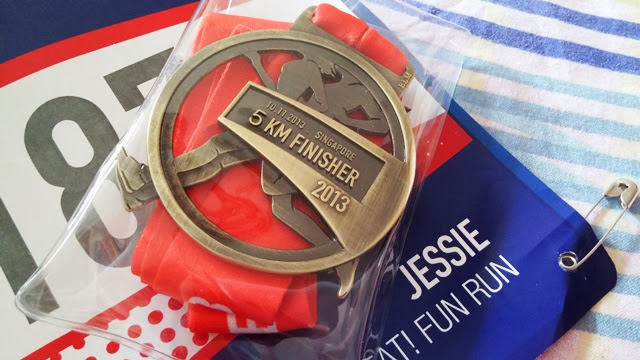 While waiting for Rosanne to join me at the finishing point, I queued up for 100plus to quench my thirst and hydrate myself from the sweat loss during the running, hotdog buns and Nando’s Chicken was also provided for all runners. 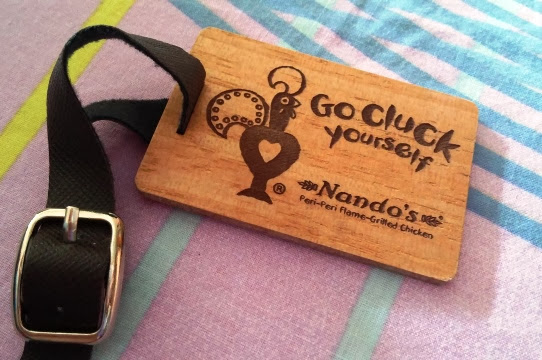 Thanks Nando’s for the bag tag!! 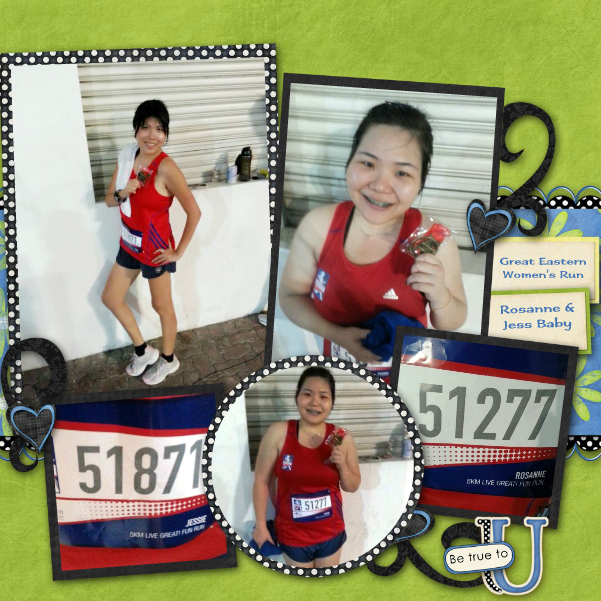 Finally, my dearest Rosanne apps-ed me telling me she has reached the finish point at 8.46am, and she then joined me at the race village for some after after-race food indulgence which were provided. 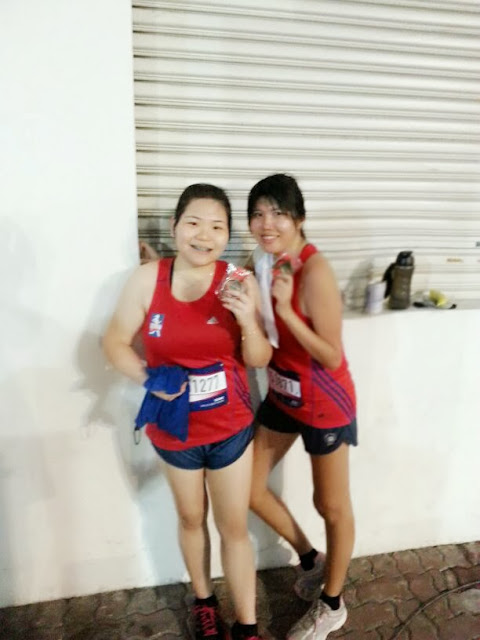 We were given our medal upon reaching the finish line and we took photos together with our medals. 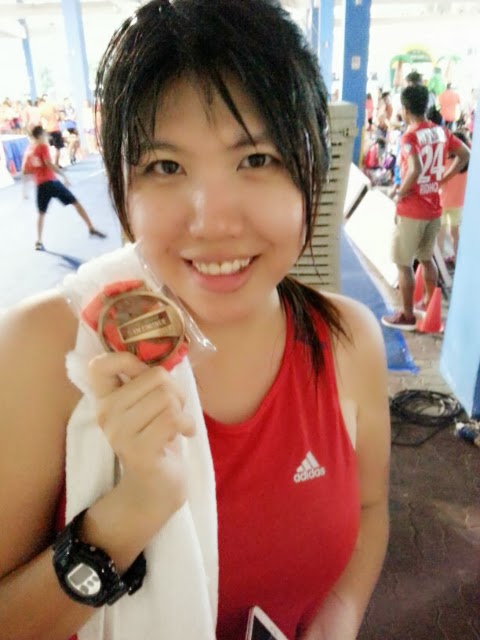 Gosh!! I looked sweaty and my hair was in a mess while Rosanne snapped this photo of me... Hahahaha!! 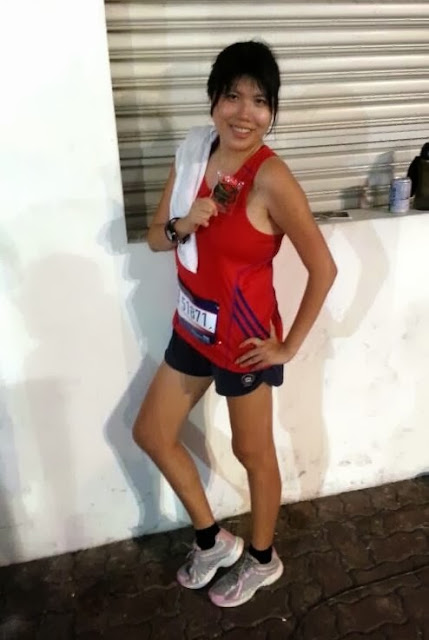 YAY!! I was so happy to receive my first ever medal... 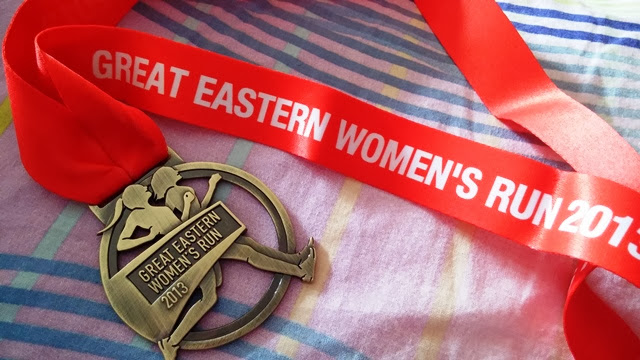 Thanks Baby for sending me to the race venue and stay on till my race ended to share my joy... 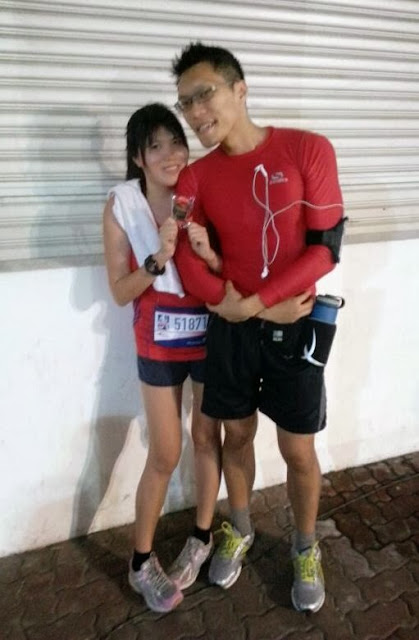 I will be doing more of these in the near future with my dearest race buddy, Rosanne, and she is simply game enough to take part any running races with me, Quote from her from our convo at the race village: Let’s join the Zombie Run next year... Hahahaha!! 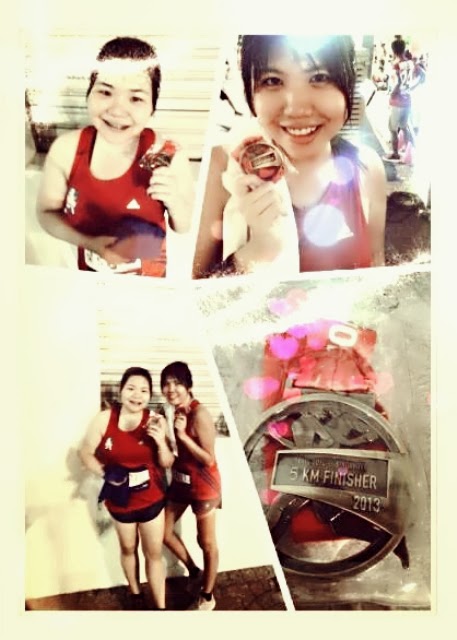