July 26, 2016
The second edition of the Mizuno Ekiden Run this year took place at The Promontory @ Marina Bay. This year, Mizuno Ekiden is part of a year-long SJ50 Celebration in commemoration of 50 years of diplomatic ties and good relations between Singapore and Japan. This race helps to bring and promote unique Japanese culture in Singapore. It was encouraging to see many people enjoying themselves. as well as experiencing a sporting event that promotes strong Japanese core values. 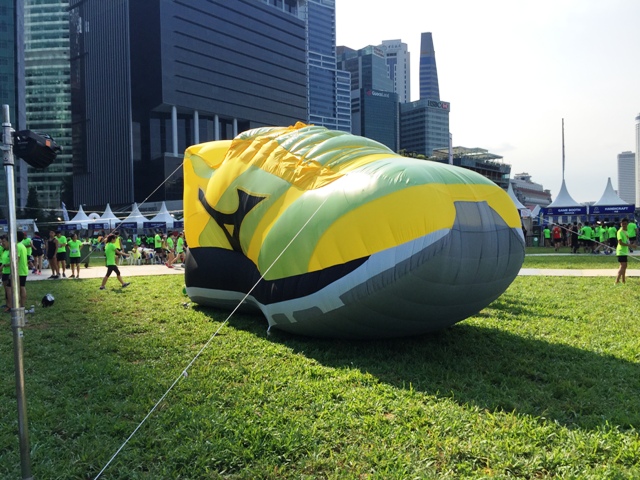 I experienced my first Japanese-themed race, Mizuno Ekiden in the evening around 4pm, and I met up with my team members at the Matsuri Race Village prior to our run. There was a taiko drum beat playing at the village, which added to the atmosphere! 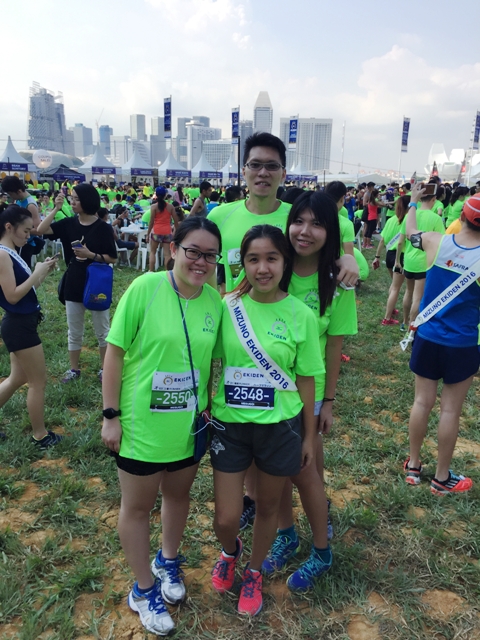 Mizuno Ekiden is a long distance relay race, and for this event, there were two categories of a 21.1KM run and a 42.195KM run for a group of 4 members. The race is used to promote the importance of Japanese values such as teamwork and perseverance. I love the uniqueness of having 4 people in a team to complete the race which required a great amount of teamwork! 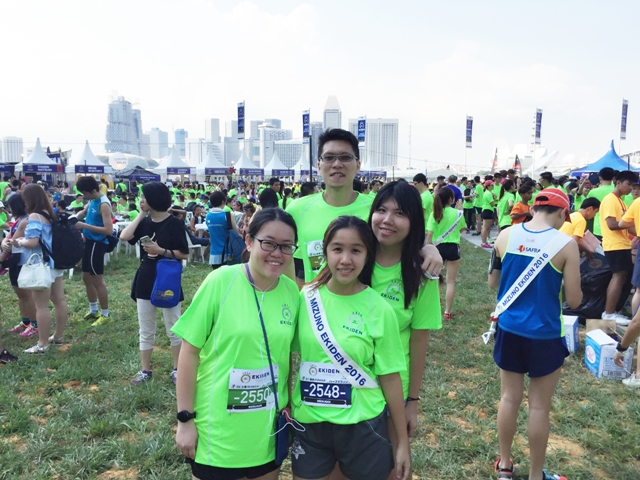 We signed up for the half-marathon (21.1KM) which was a timed race, and was given a cut-off time for the team to try and complete the running course. Each team member is expected to run approximately 5.3KM with a sash. Once the member crosses the finishing line, he/she has to pass the sash to the next in-line runner who will then cover the next 5.3KM. 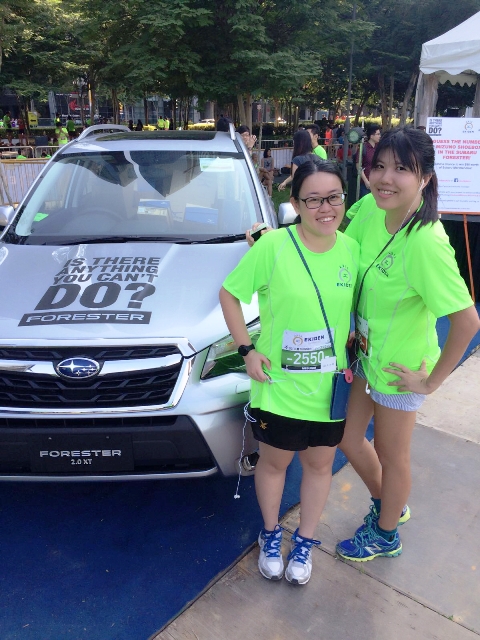 Being a 2nd runner, I took a photo with Jasmine (3rd runner) at the Matsui Race Village while waiting for Tracy (1st runner) to complete her race course to pass the sach to me. 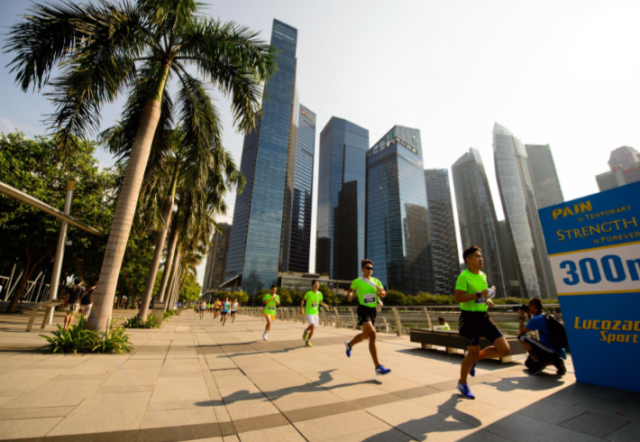 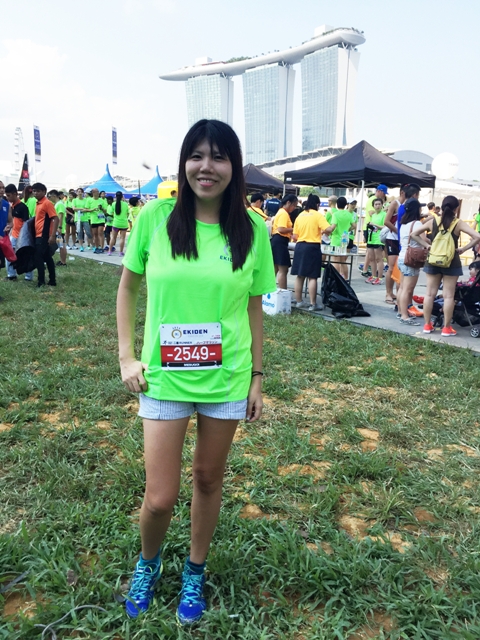 The race course was pretty tough, as I got defeated by the slope of the Helix Bridge. I felt that the race could have been more organized, especially at the transition point between the runner, as the waiting area was crowded and it was pretty difficult or completing runners to pass on the sash to their waiting team-mates. 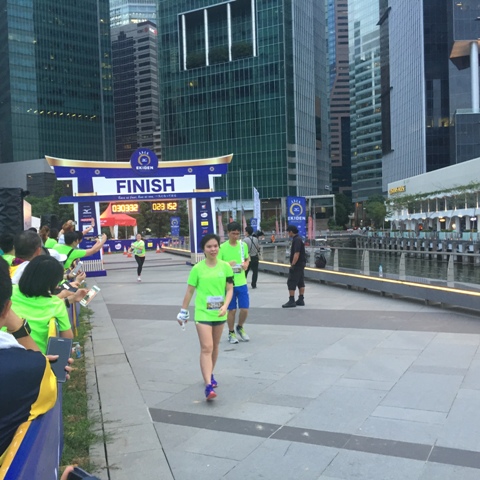 Baby was the 4th runner and also the last runner for our team (MESUGOI). He sprinted throughout his entire course, in order to make up for the time we lost during our course. He completed his 5.3KM in less than 30mins! Good job Baby! 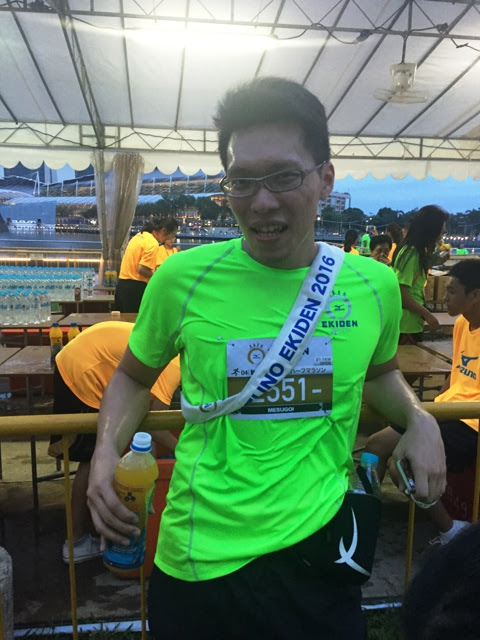 He collected all the finisher medals on behalf of the whole team upon crossing the finishing line. We pieced up each medal, and it formed up to look like an ancient oriental coin! 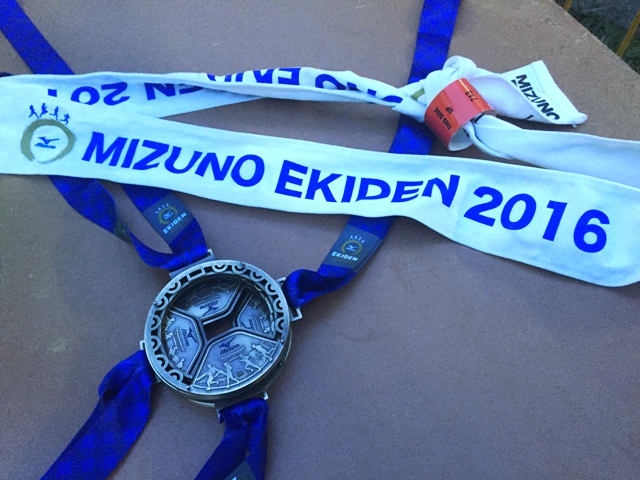 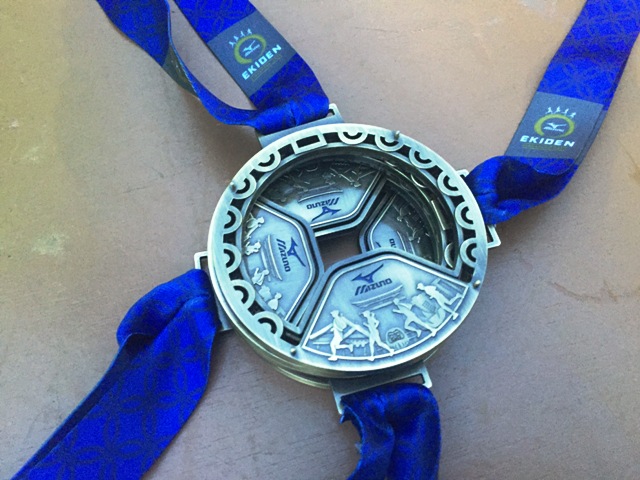 After the race, runners could treat themselves to a wide range of Japanese Food and Beverages such as Ramen, Takoyaki, Gyoza, Matcha Latte and Japanese Beer at the Matsuri Race Village. These were purchased by buying coupons to exchange for these items, and the price was fairly cheap! 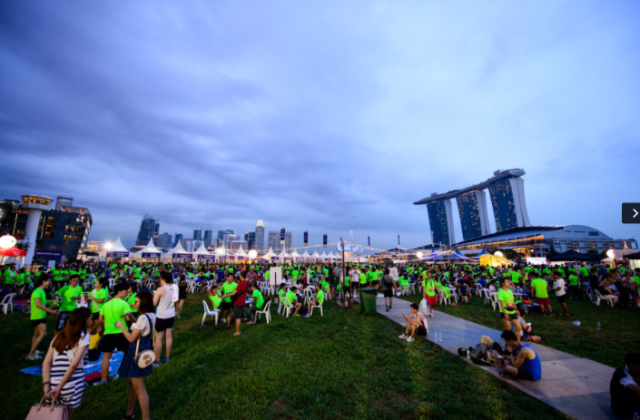 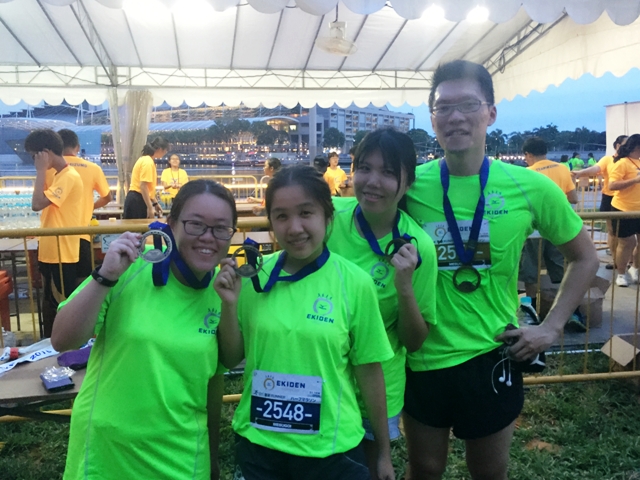 Our team, MESUGOI conquered this challenging race as one, and we are so proud of ourselves. TEAMWORK ROX! 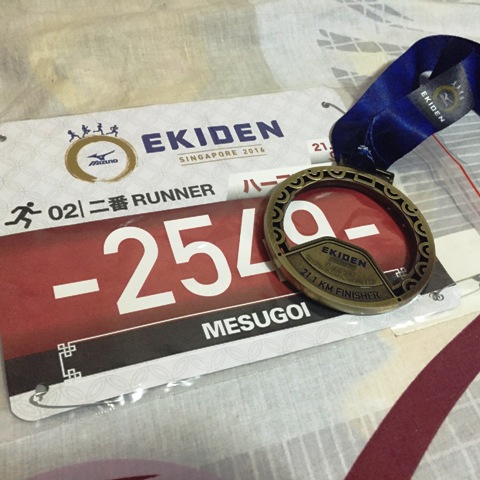 If you are interested to join a relay race like this, do look out for the next edition of Mizuno Ekiden. 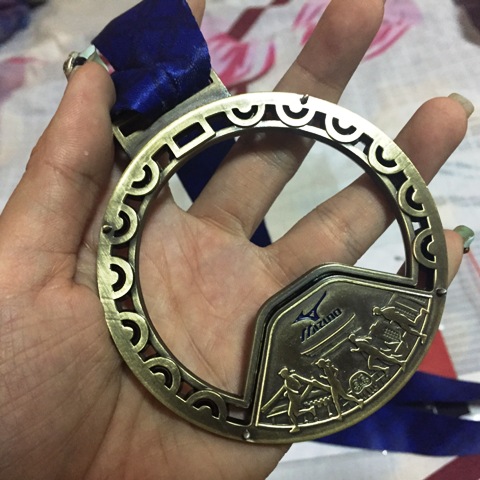 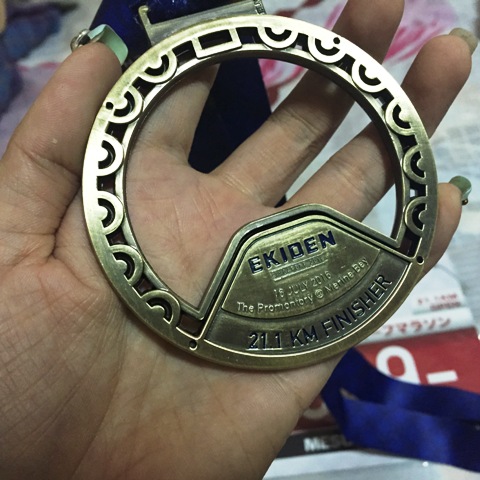