July 23, 2013
Free admission to the Army Museum of Singapore for all Singaporeans, so again, we took this opportunity to pay a visit to get to know the rich history of Singapore Army. 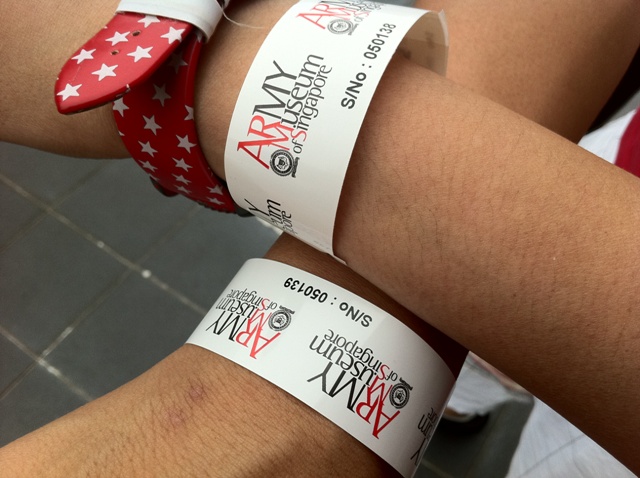 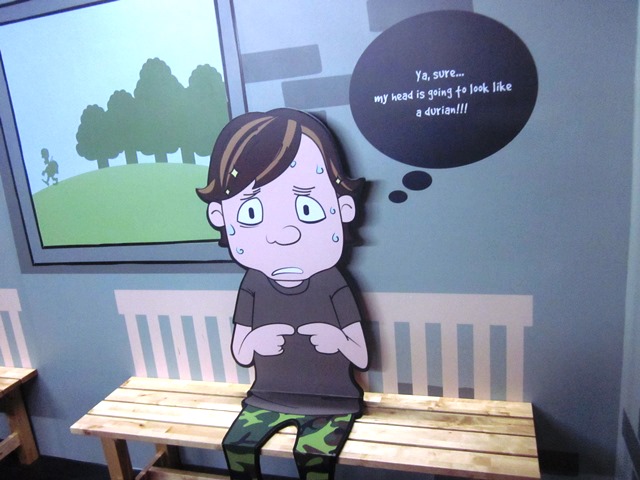 The museum is showcasing the pride of Singapore’s military forces and preserves the heritage of the Singapore Army. 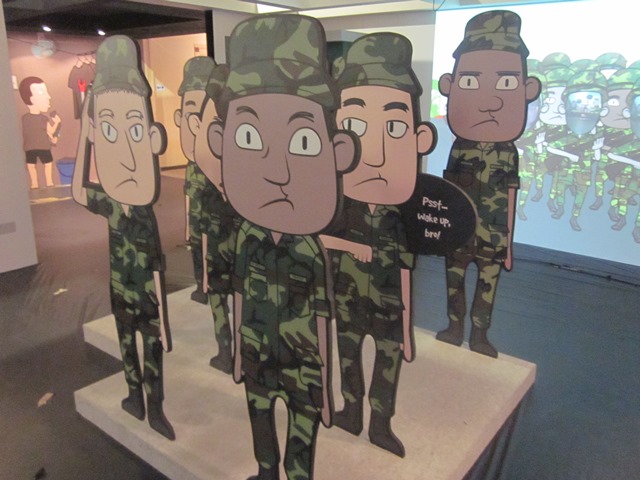 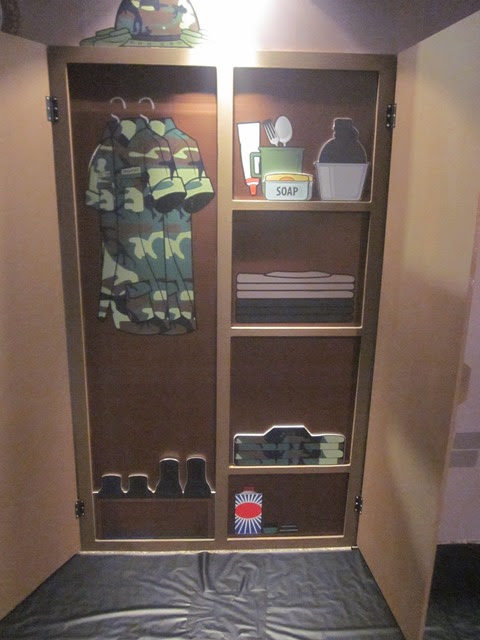 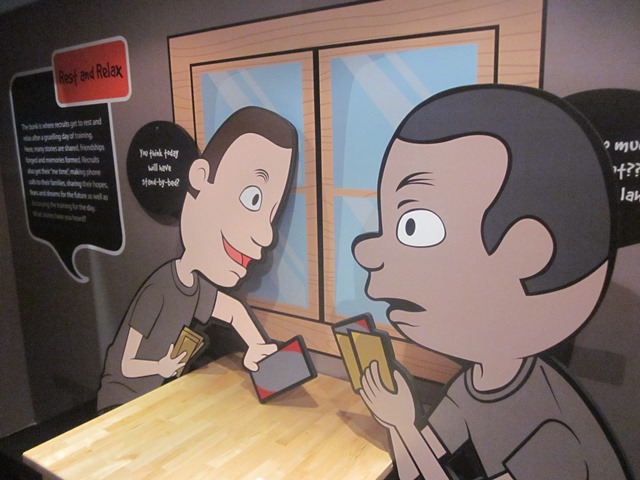 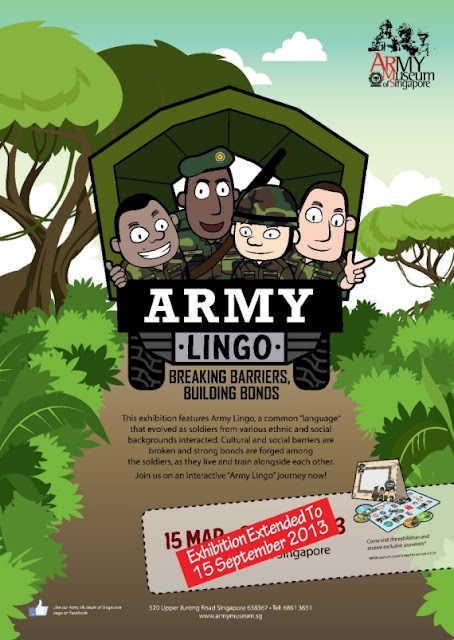 The Army Lingo exhibition has been extended till the 15 September 2013, and this showcase features the common languages used by the soldiers when they are serving the National Service (NS). The Army Lingo creates strong bonds and overcomes social barriers among various ethnic backgrounds and cultures. 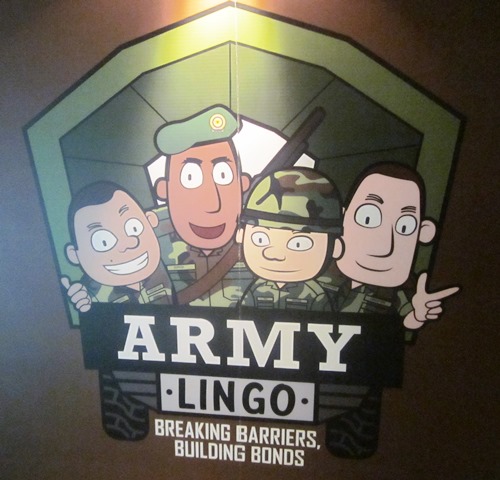 Below are some examples of ARMY LINGO commonly used during camp training. 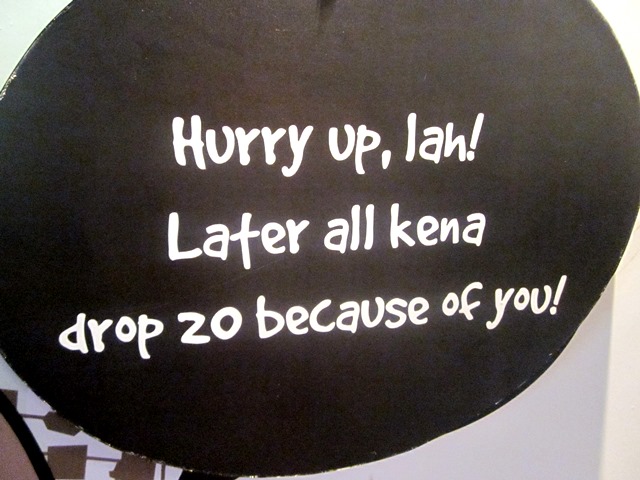 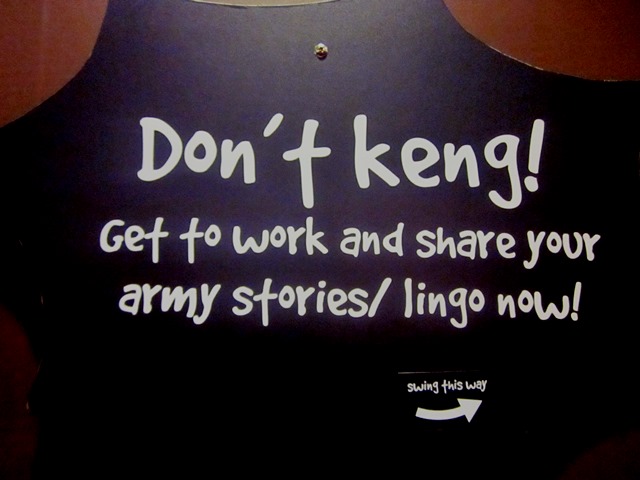 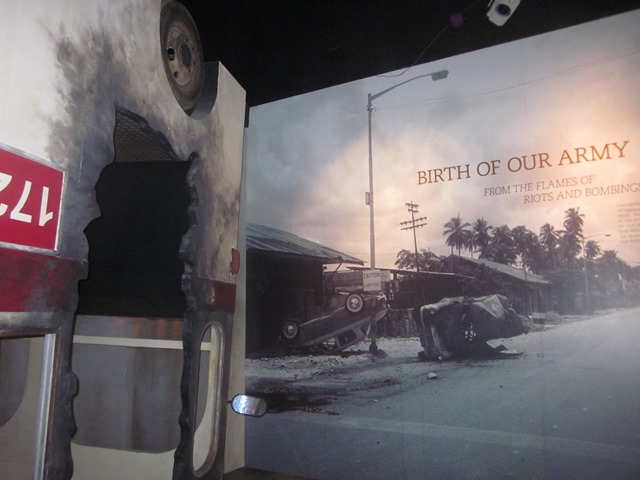 The exhibition showcases the birth of the army, the making of a soldier, army operations and stories from the ordinary people who have done extraordinary things for the country. 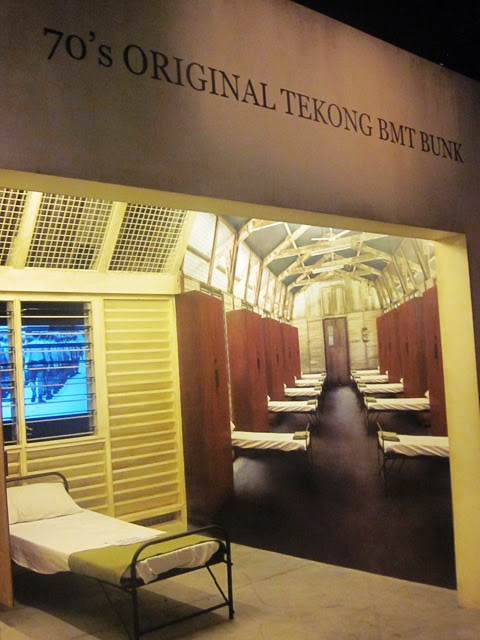 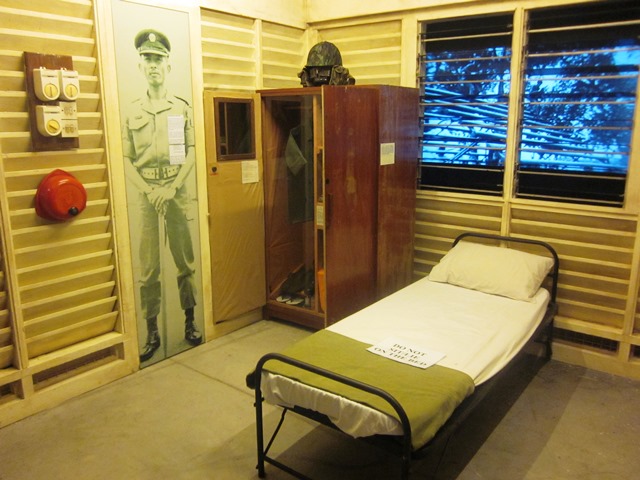 Ending my journey at the Army Museum with photos taken with the tank and army vehicle... 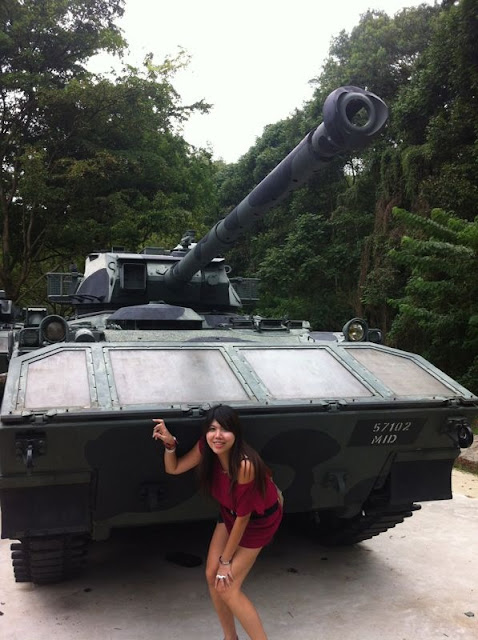 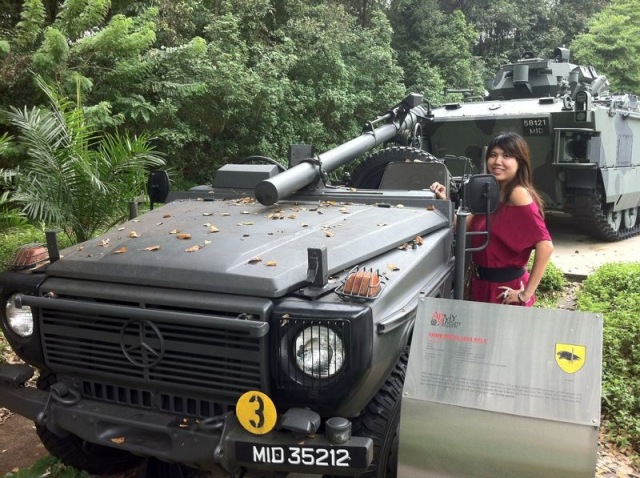