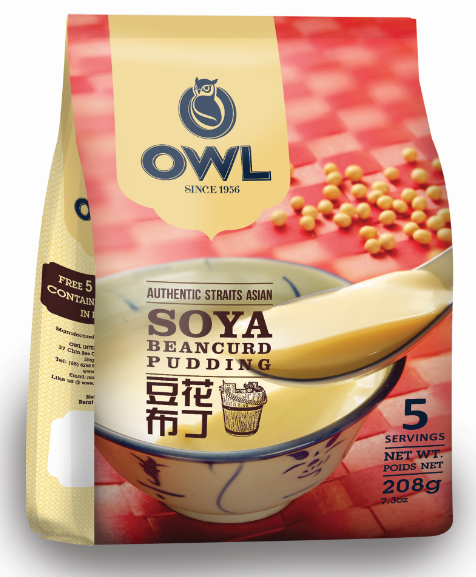 Soya Beancurd Pudding is a local commonly and locally known as ‘Tau Huay’,  and it was introduced to South-East Asia regions by the early Chinese immigrants. OWL, being an award-winning brand leader in the Straits Asian coffee and food, has once again led the industry in producing another ground-breaking innovation for consumers to enjoy this classic dessert in the comfort of their homes. 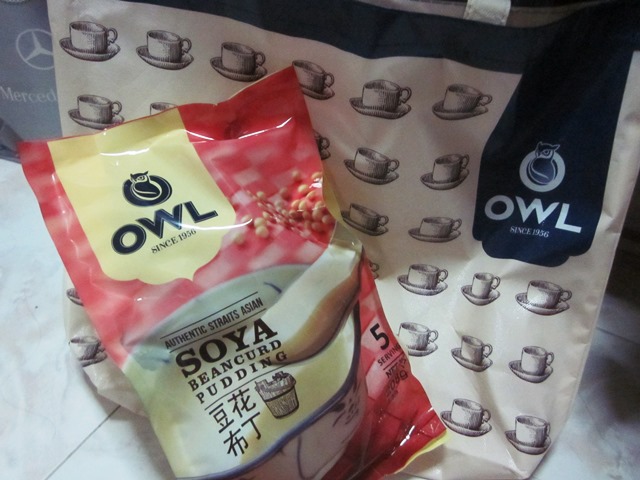 Made from 100% non-GMO (genetically modified organisms) organic soya beans, the OWL Soya Beancurd Pudding is free from trans fat, lactose and cholesterol. This refreshing dessert is suitable for everyone, including ovo-lacto vegetarians and halal consumers too. 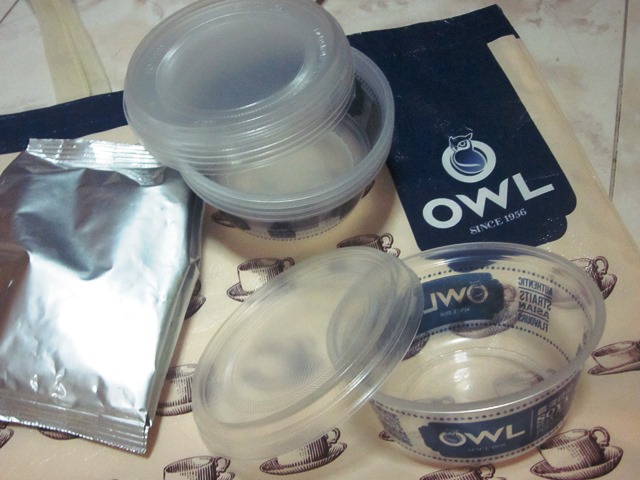 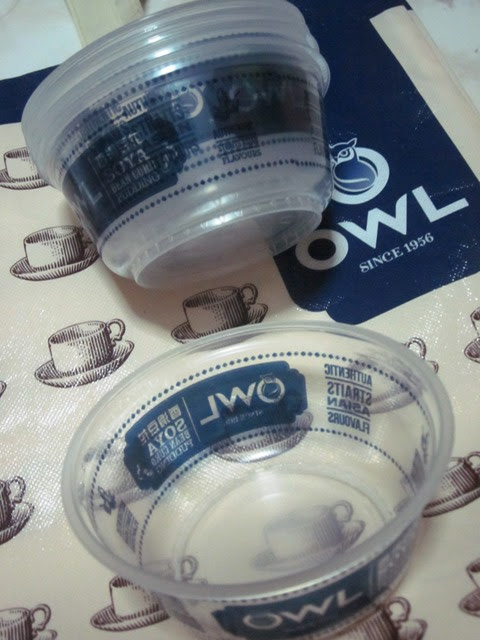 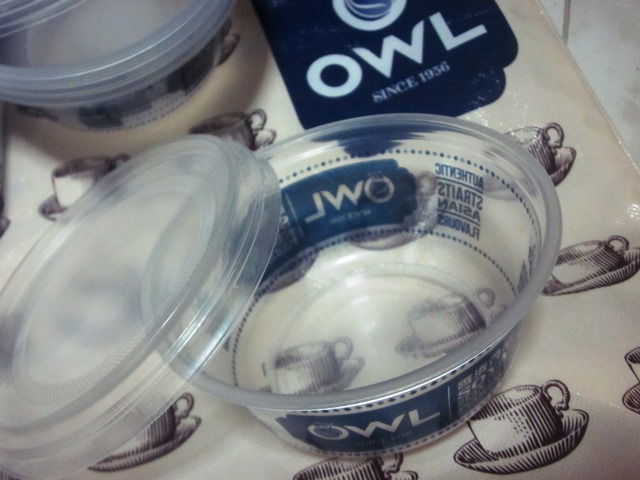 Thanks OWL for the try out :) 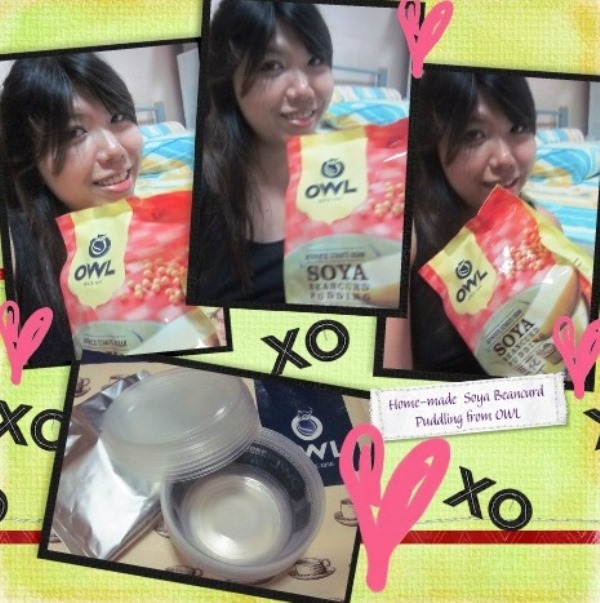 I prepared the OWL Soya Beancurd Pudding for my family and they love it so much. My parents are pretty health conscience lately so they are pleased with it too. As per them, the sugar level is low as compared to other Tau Huay from the food joints. 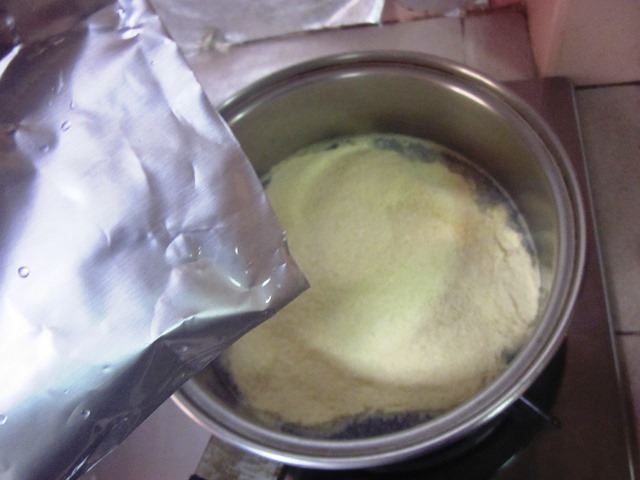 Follow these few steps to enjoy the OWL Soya Beancurd Pudding >>> Dissolve the packet of the pre-mixed powder formula in a pot of water and stir well till it boils. 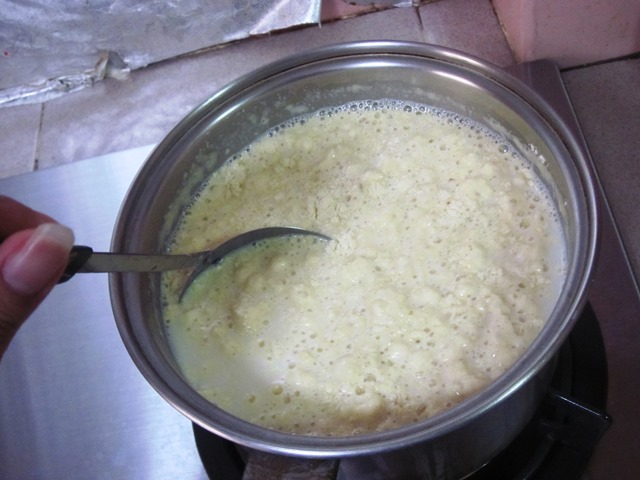 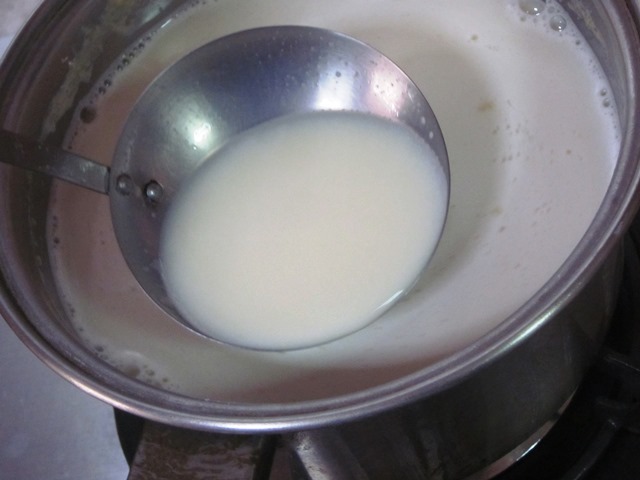 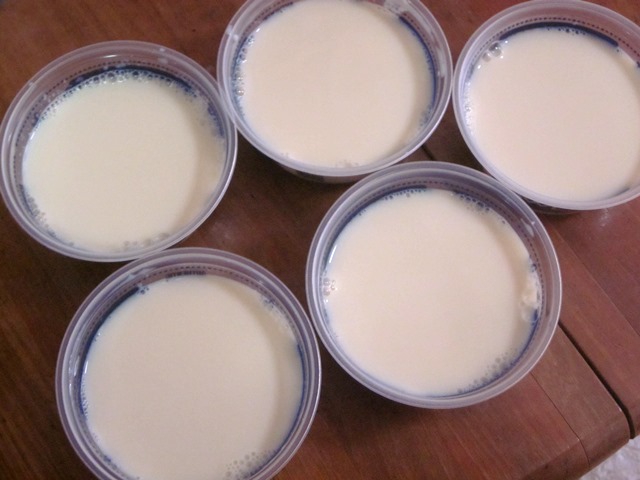 Pour the mixture into the five microwavable containers and refrigerate them for 2 hours. 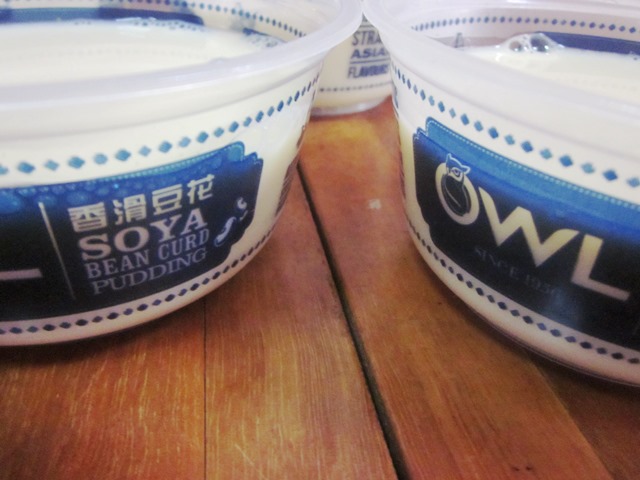 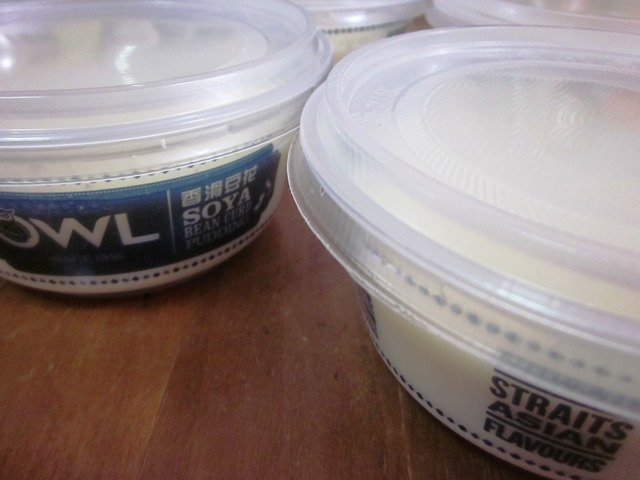 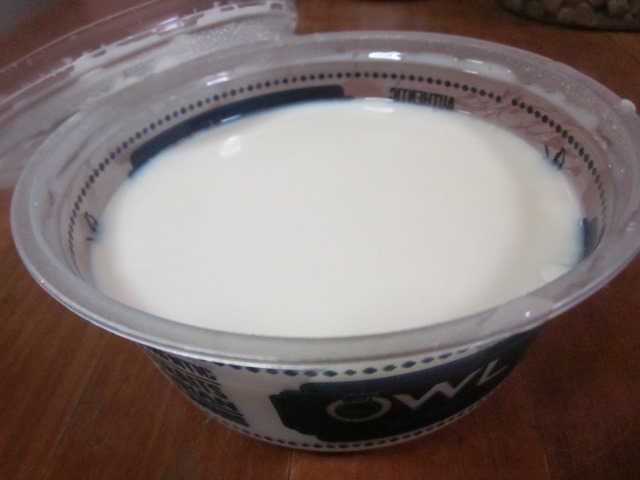 The silky home-made Soya Beancurd Pudding is ready to be enjoyed. You can add on your favorite toppings like longans, gingko nuts or simply have it plain. I love eating it plain in its original form, and it tasted good. 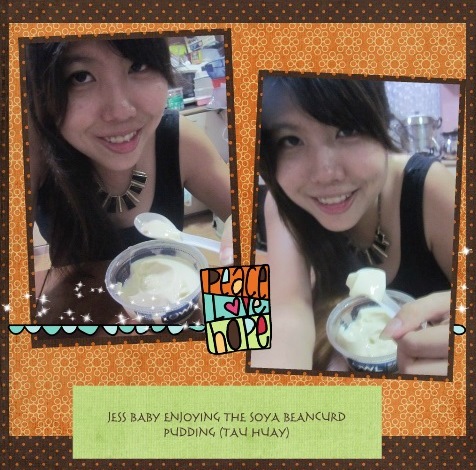 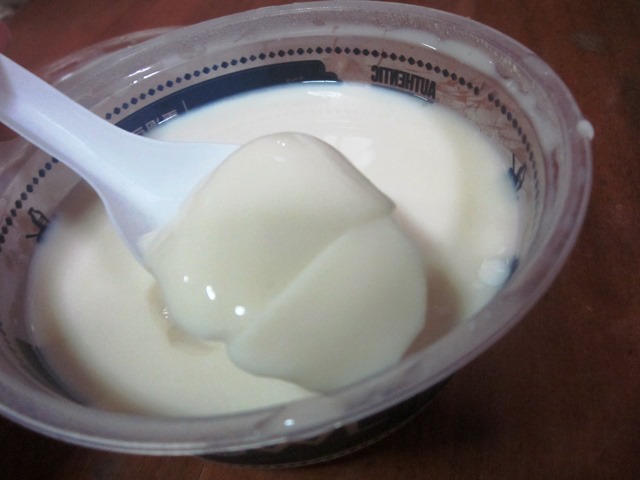 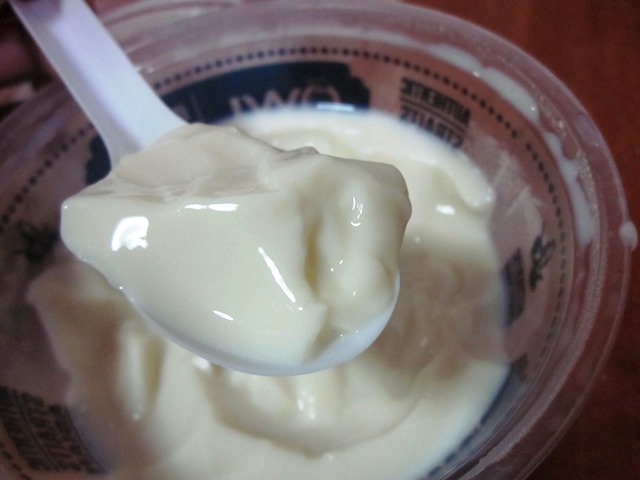 You can really enjoy the delicious and quality home-made soya beancurd pudding (Tau Huay) anytime of the day. I was amazed by the taste of the Tau Huay as it is kinda on par with some popular soya beancurd outlets. 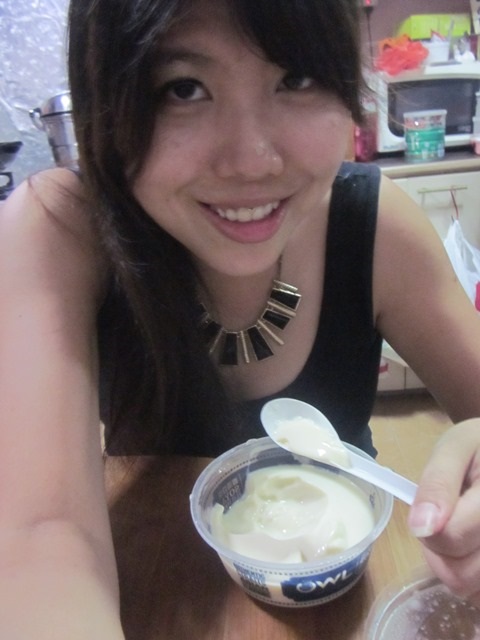 Thanks OWL! It was a lovely and refreshing dessert indeed!! 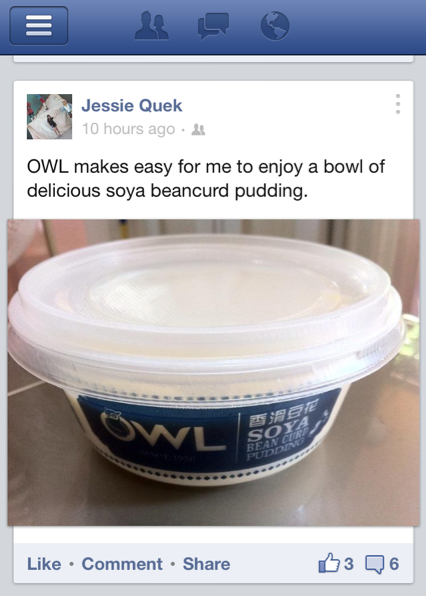 My Brother loves it too, and he wants to share on his facebook timeline with his friends about this amazing product... 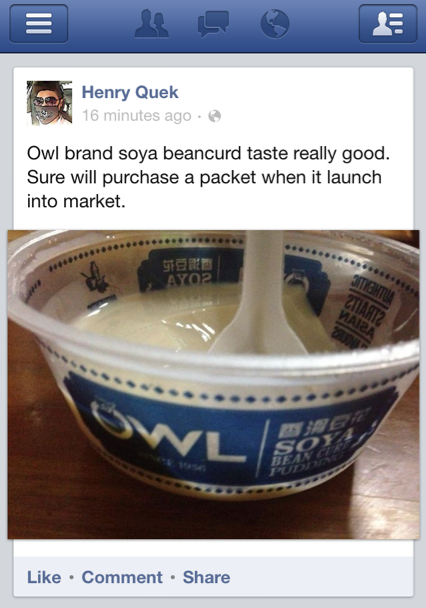 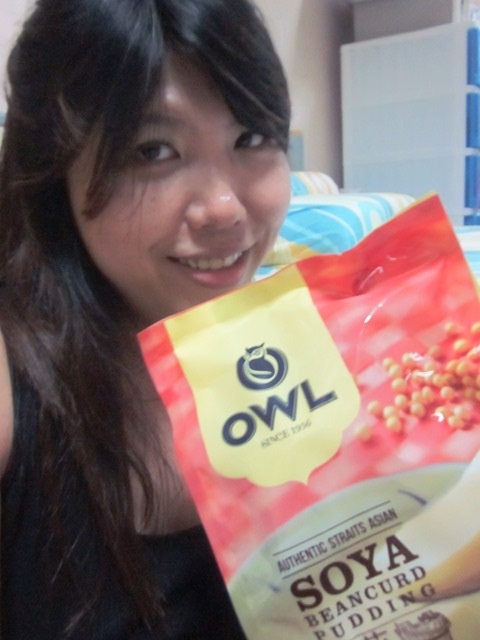